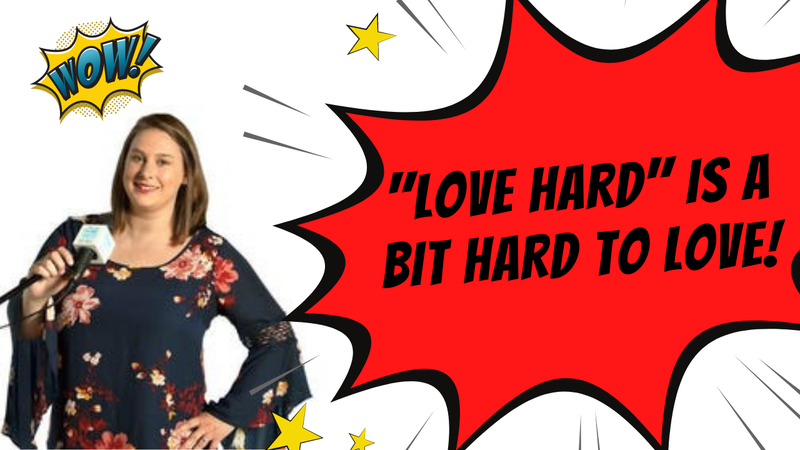 It’s that time of year…the time when every streaming service starts pumping out holiday themed movies to try and compete with Hallmark. Usually, I am all for it! I will watch them all and happily get attached to the characters like I know them and rejoice when they overcome their obstacles and inevitably end up together at the end of the movie but Netflix’s new holiday venture “Love Hard” made it really difficult to do that.

The premise of the movie was a relatively untouched one for the holiday season in that they use dating apps to have the main characters meet. The main character is a writer from Los Angeles (played by “Vampire Diaries” actress Nina Dobrev) named Natalie. Natalie finds herself on a dating app to try and find her true love but of course nothing goes as planned. She thinks she found “the one” and decides to fly across the country to surprise him for Christmas but once she arrives at his parent’s house, she quickly finds out that she’s been catfished by a nerdy guy who doesn’t think anyone would love him based on his awkward outward appearance. The whole opposites attract approach is slightly overdone but the introduction of modern dating technology made this movie feel like a new concept…what didn’t help sell it though is the fact that the main characters have horrible chemistry!! The story was cute but I couldn’t connect with the characters like I usually do when watching holiday movies and that is why this one is a no from me. The ending felt a little forced and that’s probably why it only scored a 52% on Rotten Tomatoes.

As far as Christmas movies go, I would skip this one unless you are just really aching for something new to watch. I would rather go back and watch “A Christmas Prince” or “The Princess Switch” again…now those are some excellent Netflix Christmas movies and the later even has a third installment the just released!  Let us know what you think of “Love Hard” if you decide to give it a go!