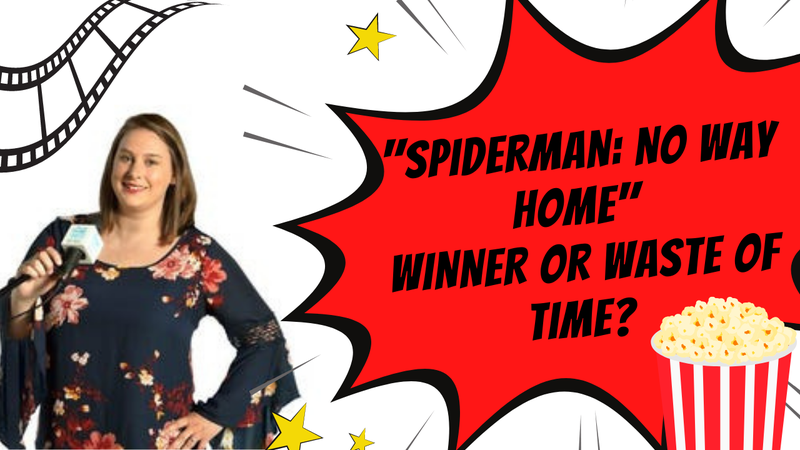 “Spiderman: No Way Home”…winner or waste of time? I say WINNER!

After a crazy year for movies and movie theaters, “Spiderman: No Way Home” swung into theaters over the holiday season. My husband was more excited to see this movie than I was simply because Spiderman usually isn’t my favorite. I really enjoyed the Andrew Garfield/Emma Stone combo in the “Amazing Spiderman” series but Tom Holland so far has just been a mediocre version of the masked hero…that is until this movie! I loved it! I loved how the writers brought in elements from the “Avengers” movies and from past Spiderman movies. I won’t go into detail just in case you’ve been abstaining from all spoiler ridden articles until you finally have time to head to the theater but I will say that the way they tied everything together was excellent!

The newest film finds Spiderman dealing with the fact that for the first time, everyone knows his identity! He struggles with day to day activity so much that he enlists the help of Doctor Strange to cast a spell to allow him to return to normal. No spell ever goes as planned and this one certainly didn’t…again I won’t elaborate too much because I don’t want to spoil moments from the movie that had me staring at the screen ignoring the fact that my bladder was about to bust from the giant soda I drank!

It’s no shock that the film has a 94% on Rotten Tomatoes and that critics love it! “Spiderman: No Way Home” is breaking records left and right and for me, it broke the streak of just alright Spiderman movies! I can’t wait to see where they go from here! Head to theaters and check this one out…it will definitely be best to see it on the big screen so don't wait! Take all bathroom breaks before it starts because you won’t want to miss a second of the action!