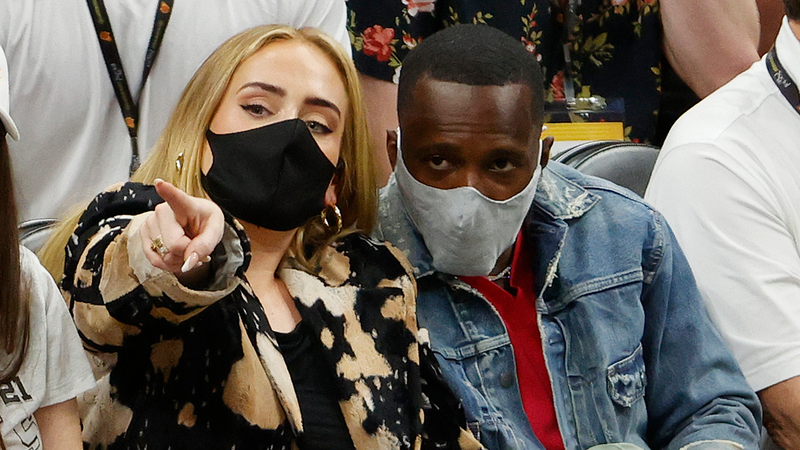 Almost three months after Adele was first spotted with NBA agent Rich Paul, the songstress has taken things to the next level over the weekend, by making the couple IG official.

Listen to your favorite music now on Audacy and check out Audacy's exclusive Adele Radio and sing along to all of Adele's hits and more as we faithfully wait for a new album from the British beaut.

Early Sunday morning, Adele took to Instagram to share a trio of glamorous shots from the wedding of Los Angeles Lakers basketball player Anthony Davis. Starting off with two sizzling solo pics in her black-and-white, off-the-shoulder Schiaparelli dress. she then snuck in a snap of her all cozied up to Rich for the third.

Keeping the caption low-key and generally simple with a red heart. In the pic, Adele is all smiles, while resting her head against Rich.