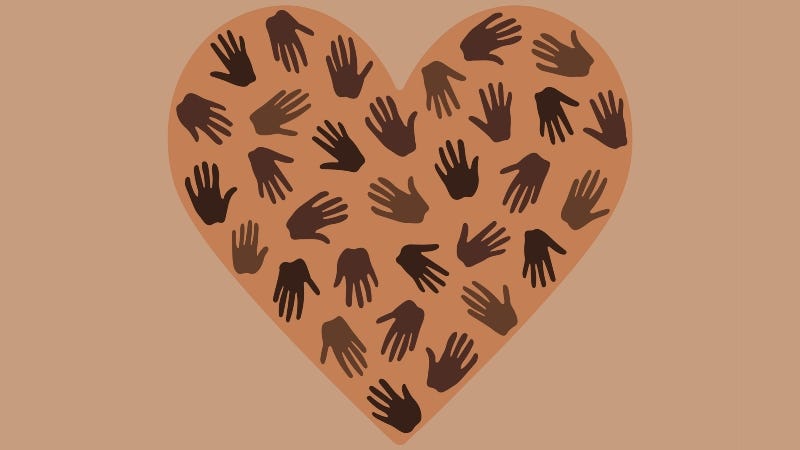 Vernon Eulion Jordan Jr. (85) passed away last night (3/1/21) around 10pm surrounded by loved ones according to his daughter Vickee Jordan Adams. Known as a champion of civil rights, a Washington insider and corporate influencer.

Like so many others, Michelle and I benefited from Vernon Jordan's wise counsel and warm friendship—and deeply admired his tireless fight for civil rights. We hope the memory of his extraordinary presence and the legacy of his work bring comfort to Ann, Vickee, and his family. pic.twitter.com/HBZfGUuyVl

Vernon Jordan was born in Atlanta, GA (8/15/35) the middle of 3 sons. Growing up in public housing, while being exposed to Atlanta's elite through his mother's catering service. This fueled his journey to the path of becoming a Civil Rights Icon. Distinguishing himself through his achievements in academics and athletics. Graduating with a bachelor's degree in political science from DePauw University in Indiana, and earning his law degree from Howard University School of Law in Washington.

"It is with a heavy heart that I share the passing of Vernon E. Jordan, Esq., a proud graduate of Howard's law school. His legacy as a Civil Rights activist and advocate for social justice will live on. Our prayers are with the family and friends of this fallen bison." @HUPrez17 pic.twitter.com/Xa4Kb1bVTE

Moving back to Atlanta, Vernon Jordan became a clerk for civil rights attorney Donald Hollowell. In a short time, this led to becoming Georgia field secretary for the National Association for Advancement of Colored People, where he built new chapters, put together demonstrations and boycotted businesses that would not employ Black people.

I have known Vernon for nearly 20 years. There was something almost magical about him. He was a towering presence when he entered a room and he always would make you smile.

Vernon Jordan moved his family to Arkansas to go into private practice, while becoming the director of the Voter Education Project of the Southern Regional Council. During this time millions of Black people joined voter rolls and hundreds elected in the South. His journey continued as head of the United Negro College Fund. He always believed in the power of voting, and never let a chance escape him.

I voted six days ago because I wouldn’t have been able to live with myself if I’d had the ability to early vote and still hadn’t. My conscience would not have allowed it. https://t.co/UnU3k6EbZ6

Vernon Jordan's activism and social justice continued to grow and flourish when he became the fifth president of the National Urban League that empowers African Americans to participate and achieve success in the economic and social mainstream. He believed that work with the Urban League, the NAACP, PUSH and SCLC was the highest form of service that can be done for Black people.

This high-profile position landed Vernon Jordan in the line of fire of a white supremacist in 1980. He had 5 surgeries with 3 months of recovery in the hospital, where he was visited by Jimmy Carter. He kept his determination and passion to continue his achievements for Social Justice.

Vernon Jordan's journey included a New York investment firm. Releasing an autobiography "Vernon Can Read!: A Memoir". Receiving the Spingarn Medal the NAACP highest honor. Recognized for his achievements with 55 honorary degrees which included his alma maters and having seats on my influential boards of directors. Just a few of the many stops and accomplishments he achieved.

We mourn the loss of Vernon Jordan, a civil rights giant who tackled injustice where he saw it and helped so many others do the same. A graduate of @HowardU, a business icon, and a mentor to many. We pray for his loved ones & honor his legacy by carrying on his fight for justice. pic.twitter.com/jFR6dVhQzl

With valued friendships that included one that started with a connection of southern roots and poor upbringings. Vernon Jordan and former President Bill Clinton's friendship evolved into a partnership and political alliance. A 'First Friend' during times of happiness and joy, as well as trouble and sorrow.

Vernon Jordan was a wonderful friend to Hillary, Chelsea, and me, in good times and bad. We worked and played, laughed and cried, won and lost together. We loved him very much and always will. pic.twitter.com/mZAsx1xETn

RIP to my friend Vernon Jordan. Vernon and Ron Brown introduced me to Bill Clinton when he was running for President and Vernon always included me in President Clinton’s initiatives for the Black community. Cookie and I are extending our thoughts and prayers to his family.🙏🏾

"You are the bridge between people and policy, between noble intentions and desired outcomes." - Vernon Jordan

We mourn the loss of civil rights activist Vernon Jordan. We honor his impact and commitment to improving the lives of African Americans through policy and action. pic.twitter.com/b7hIw8xVbz

In wake of Vernon Jordan's death, tributes from Georgia pour in for civil rights activist from Atlanta