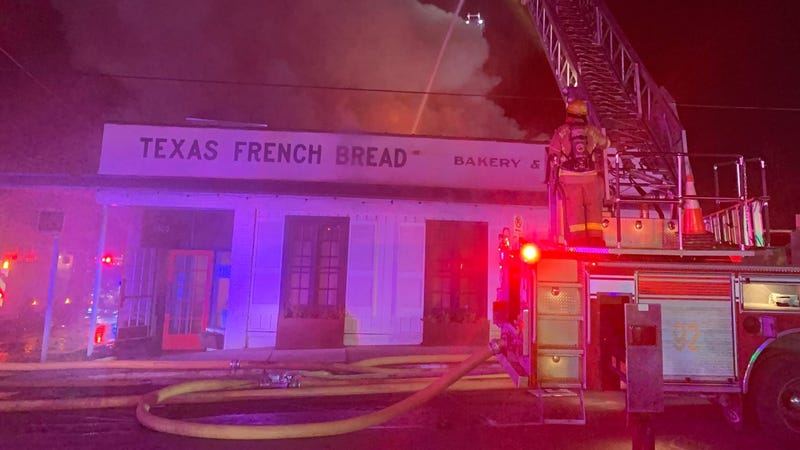 AUSTIN (Talk1370.com) -- A mechanical failure is being blamed for a fire that ripped through a West Campus staple overnight, officials said Tuesday afternoon.

Austin Fire crews were called to the Texas French Bread bakery at 2900 Rio Grande just before 11 p.m. Monday night. When firefighters arrived on the scene, flames could be seen shooting through the roof of the building.

Workers were able to escape the building without injury, officials said.

It took crews about three hours to get the fire under control. The building's roof collapsed during the blaze, complicating efforts to put out the fire.

Fire officials said an apparent mechanical failure caused the fire, which has been ruled accidental. Crews said the fire possibly started in the ceiling and roof of the building.

Officials said the building is likely a total loss. Damages are estimated at more than $1.6 million in structure and contents.

City officials say the streets surrounding the restaurant at 29th & Rio Grande will likely remain closed "for the next few days" due to the damage done to the building.