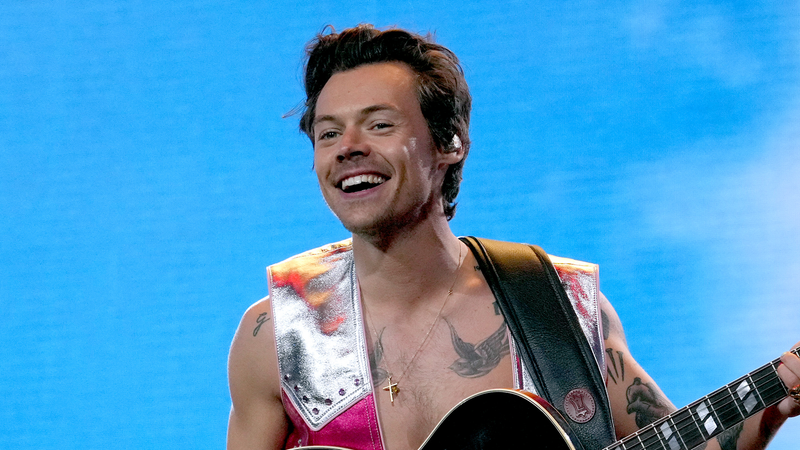 Just when we thought Harry Styles couldn’t be any cuter, he gets handed a baby. But we’re getting ahead of ourselves, let us explain.

In the newly released behind-the-scenes footage from his “As It Was” music video, Styles is seen having the most fun behind-the-scenes, prepping his dance moves, hanging with the crew, mimicking some kung-fu, and cutest of all, holding a baby, even with the little nugget in tears.

While hanging in front of a colorful mural, in between takes Styles was handed someone’s baby, which he proceed to lift Simba-style into the air. The tiny tot eventually made his or her way back to Harry’s eye level, but burst into tears shortly after. Remaining calm, Styles looked sweetly at the baby, while gently bouncing the little one and flashing a giant laughing smile at his crew.

The entire clip is a blast to watch, but that moment is particularly adorable. Watch Harry’s “As It Was” behind-the-scenes music video below.