Olivia Newton-John uses her platform to educate fans about cancer research while she battles breast cancer.

Good Morning America reported that this month the actress, who is currently battling cancer for the third time, revealed that the Olivia Newton-John Foundation is funding therapies and treatments to cure cancer.

Newton-John is a two-time cancer survivor after being diagnosed first with breast cancer in 1992 and again in 2013. In 2017, she was told that the cancer had spread to her bones. But the “Grease” star doesn’t see the diagnosis “as a battle.” 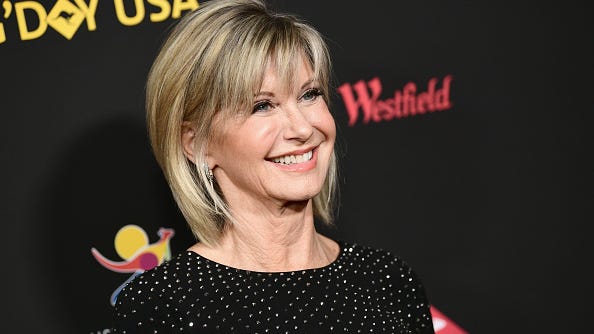 In a recent interview, the 72-year-old shared that she is “feeling really good” and discussed why she decided to launch this new charity.

“I feel really positive and very excited about bringing this foundation and a lot of knowledge to people, and funding research to find out lots of answers -- to find kinder treatments for cancer,” she added.

“The inspiration has been a long one because I’ve been on this cancer journey for 28 years,” she continued. “I’m a thriver of three times going through this process.”

Since going through radiation, surgery, and chemotherapy, she is interested in funding treatment that does not affect the body.

I’ve always thought, ‘Gosh, wouldn’t it be wonderful if we could create kinder therapies that help boost the body’s immune system instead of knocking us down?’” she said.

She hopes to find ways to “support the body, mind and spirit of people going through cancer” through her new charity.

During the COVID-19 pandemic, Newton-John has been quarantined in her home with her husband. She expressed how she is focused on her positivity and health in her life.