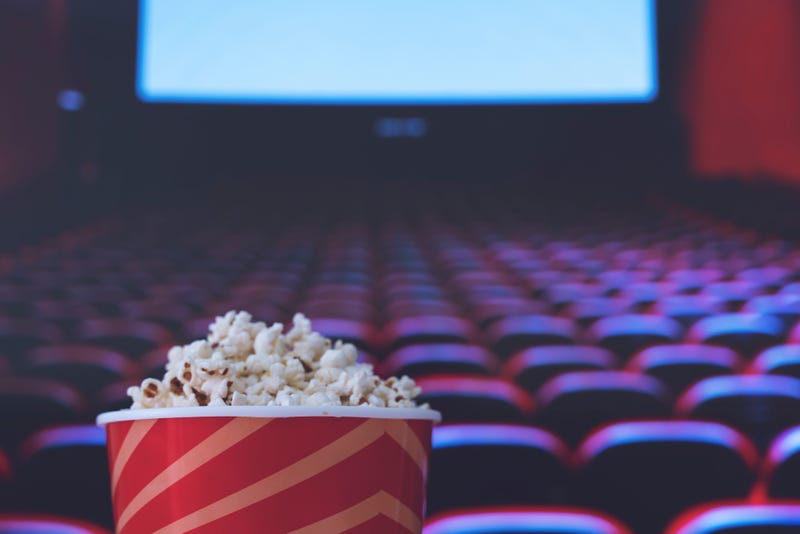 Grab your popcorn because the summer breeze is ushering in a ton of must-watch movies this season.

After the COVID-19 pandemic shut down theaters and delayed some of the biggest blockbusters by nearly two years, there's never been a more exciting time to go to the movies!

These 13 films will be the talk of the town – and they look better on the big screen – so grab your friends, kids, or a date and plan a movie night now!

The horror film, based on Stephen King’s novel, finds a couple hiding their daughter, Charlie, from a federal agency that wants to use her powers of a pyrokinesis for destruction and evil. Zac Efron stars as Charlie’s father, who, in addition to protecting his daughter, tries to teach her not to let her emotions rule her abilities

After the Crawley family matriarch (played by Maggie Smith) reveals she has acquired possession of an estate in the French Riviera, the family plans a vacation to uncover the mystery of the inherited villa.

Bob’s Burgers is finally getting the big screen treatment after over a decade on your television screen. When a sinkhole opens up right in front of the restaurant blocking the entrance and ruining plans for a successful summer, the kids join forces to figure out a way to save the family business.

In the sequel to the 1986 blockbuster, Tom Cruise reprises his role as Pete “Maverick” Mitchell, who is training graduates for a special assignment, which forces him to face the ghosts of his past and his deepest fears. It all leads to one intense mission that demands the ultimate sacrifice. Also starring Val Kilmer, Miles Teller, Jennifer Connelly, and Jon Hamm.

The sixth installment of the dinosaur saga, finds the humans and reptiles co-existing following the destruction of Isla Nublar. It features characters from the original trilogy and the sequels, along with brand-new faces.

Chris Evans steps into the role of Buzz Lightyear, though he's not the one you’ve come to know from “Toy Story.” This astronaut is inspired by the toy and features the same name. He embarks on an intergalactic adventure with a group of recruits and a robot companion.

Starring Austin Butler as Elvis Presley, the Baz Luhrmann biopic details the King’s rise to fame in the ‘50s through the lens of his relationship with his music manager, Colonel Tom Park, played by Tom Hanks.

Ethan Hawke taps into the horror film set in 1978 about Finner (Mason Thames’ film debut), a 13-year-old boy who is abducted and held in a soundproof basement by a masked psycho known as the Grabber. When the boy finds a disconnected phone on the wall, he begins to communicate with the spirits of the murderers previous victims.

In this supervillain origin story set in the 1970s, 12-year-old Gru (voiced by Steve Carrell) joins a group of criminal masterminds known as the Vicious 6 after they oust their leader, Wild Knuckles. Together with the minions, they find themselves seeking guidance from an unlikely source.

Based on Delia Owens’ 2018 best-selling thriller “Crawdads,” a woman who was abandoned by her family and forced to raise herself becomes a suspect in a murder of a man she was once in love with.

Jordan Peele strikes again with a sci-fi horror starring Keke Palmer and Daniel Kaluuya as sibling horse trainers Jill and James Haywood, who come in contact with a mysterious force at their California ranch.

In this thriller, based on Kotaro Isaka’s 2010 novel “Maria Beetle,” five assassins — played by Brad Pitt, Joey King, Aaron Taylor-Johnson, Brian Tyree Henry, and Andrew Koji – board a bullet train from Tokyo to Morioka and find their missions are connected.