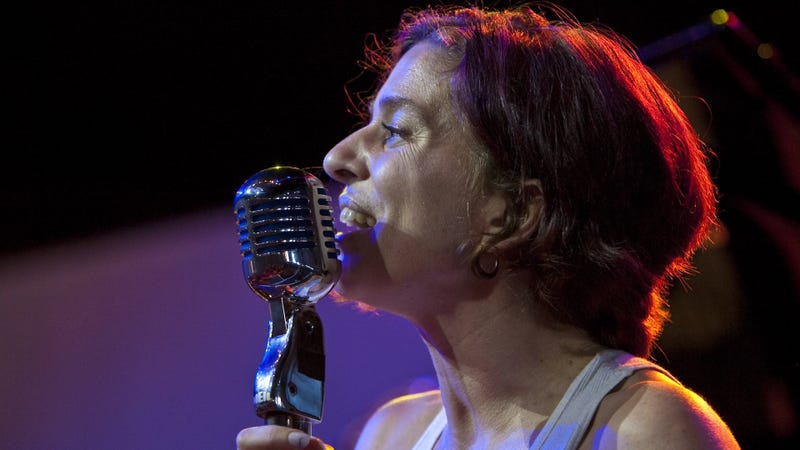 In the midst of celebrating the 25th Anniversary of her first live album, Living in Clip, Ani DiFranco visited with Audacy's Annalisa of 93XRT in Chicago to reflect on the life-changing album, how she’s celebrating the 25 year milestone and what she’s learned about herself since it’s release.

LISTEN NOW: Ani DiFranco commemorates 25 years since ‘Living In Clip’ and reflects on the "rage" of her youth

“For me it’s really just heartwarming how much people took that record into their lives and I think for a lot of folks, maybe that was their introduction to me and my thang,” she expressed  to Audacy’s Annalisa. “That record, it’s kind of special for me.”

In celebration of the album’s 25th anniversary, DiFranco is making the project available on vinyl for the first time ever, as well as showcasing a new album cover and never-before-seen photos of Ani and her band/crew from circa 1997.

In addition to celebrating Living in Clip’s big 25-year milestone, Ani is also rejoicing in the release of new music which shows a different approach than her earlier work. While still unafraid to call out some of the world’s biggest tensions, DiFranco focuses on it all coming from a place of love and awareness versus anger and rage.

“I think that when I write songs now, I don’t have that sort of ‘My Way or The Highway,’ or ‘Rage Against the Machine’ kind of energy of my youth,” she shared. “But I do see things from many more sides at once. I think when I’m writing songs now, I’m more consciously trying to build a bridge than elbow out space for myself.”

She continued, “I’ve become aware as I get older in this life that really staying open and curious about your opponents is the greatest act of strength.”

Hear more from DiFranco by listening to her conversation with Audacy’s  Annalisa above.