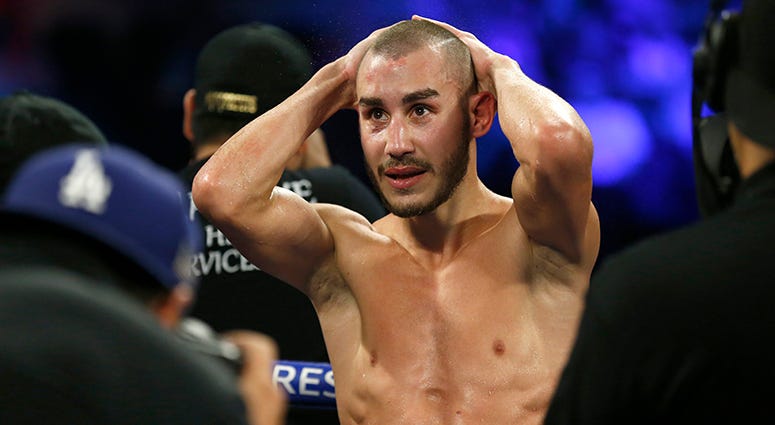 (106.7 The Fan) -- Boxer Maxim Dadashev has died from injuries during a fight Friday at MGM National Harbor, according to ESPN. He was 28.

The Russian-born lightweight – 13-0 coming into the bout with Subriel Matias – sustained repeated blows to the head during the fight, so many that his trainer, Buddy McGirt, stopped the fight after the 11th round.

This is a mark of a great trainer, one that knows his warrior at war 🥊 a trainer has to love his fighter enough to make a crucial call sometimes saving him from his very self. Great call Buddy @buddymcgirtboxing prayers up for this young warrior #speedyrecovery #toughsport 🙏🏾 pic.twitter.com/cKljvTKOgt

After the fight, Dadashev was rushed to UM Prince George's Hospital Center, where doctors performed a two-hour surgery to relieve a subdural hematoma, or bleeding of the brain, according to ESPN. Dadashev was placed in a medically induced coma after the operation.

Per ESPN, early Saturday morning Dadashev's manager was informed the boxer had been showing signs of severe brain damage.

He passed away from injuries suffered during Friday's fight, according to trainer Buddy McGirt and Donatas Janusevicius, Dadashev's strength and conditioning coach.

We join Maxim’s family and friends in grief, support and wish prompt resignation.