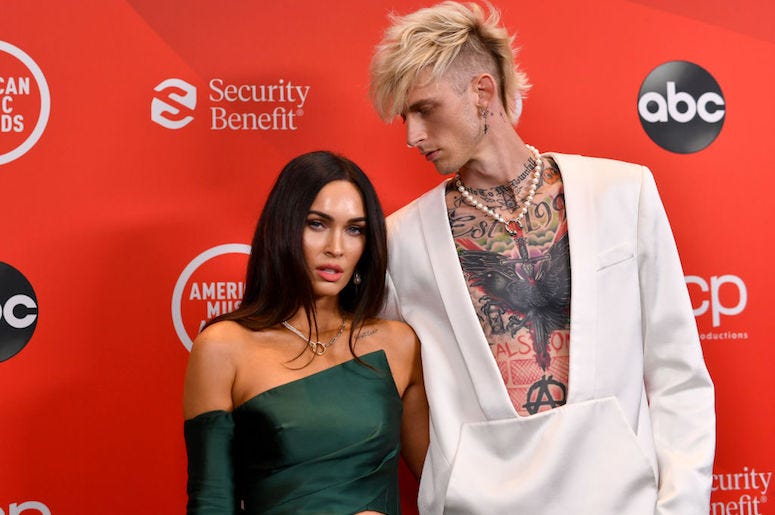 They’ve only been dating for a few months, but users on social media are beginning to speculate Machine Gun Kelly and Megan Fox may have already taken the next step in their relationship.

Page Six published new photos of the couple and Fox is seen sporting a massive ring on her left hand. The couple were spotted in New York City, where MGK is getting set to perform on Saturday Night Live.

in NYC getting ready for @nbcsnl 😬

While the couple hasn’t made any official comment about the speculation, they’ve already made it clear they’re deeply in love. Back in November, Fox described their relationship as a “once in a lifetime thing” and a connection of “mythic proportions.”

“Loving him is like being in love with a tsunami or a forest fire,” she added.

“The intensity of merging with him is just overwhelming, and the threat it poses is so powerful but so beautiful that you have no choice to surrender with reverence and with gratitude.”

MGK described the feelings he has for Fox as something that happened instantaneously. "I didn't know what [love] was until me and her made eye contact," he said in a September interview. “That’s when I was like, ‘whoa.’”

The couple met on the set of their upcoming film Midnight in the Switchgrass, "After I made the big chunk of the album, I did fall in love for the first time," MGK revealed. "That was my first experience with being open to love and stuff like that. I definitely wasn't set up to believe that that's something that could ever exist.”