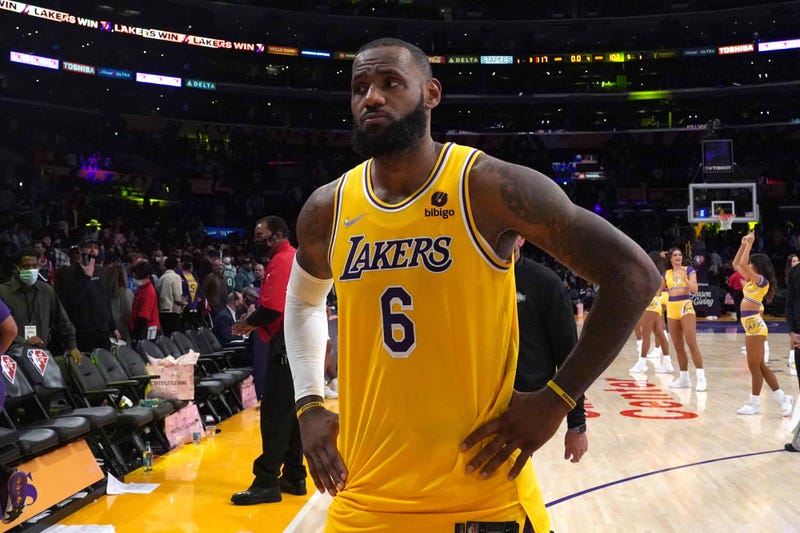 Fortunately for followers of the Celtics, this sort of misery is usually relegated to just two times a season.

The bad news is that when one of those two times do come up - with the Celtics taking on the Lakers - LeBron James is going to surface what has become one of Boston sports fans' most predictable nightmares. It happened again Tuesday night in Los Angeles.

The Celtics once again lost to James' team, which in this case happened to come in the form of a 117-102 Lakers victory. And, once again, it was the star of NBA stars who was the difference, scoring 30 points on 13-of-19 shooting in 36 minutes.

"Besides the first 14 point avalanche on Tatum's part, we locked in" - LeBron James talking about the Lakers defense tonight pic.twitter.com/uQuUMJH1nj

The good news for those feeling another dose of LeBron-induced pain? It happened probably after your bedtime against a Celtics team that still hasn't grabbed the hearts and minds of those who cared enough to stay up.

But, whether or not the early-December Celtics' loss reached the radar of the Patriots-heavy Boston sports landscape it is worth taking a moment to appreciate what has become a 19-year phenomenon.

No team has been smacked with the LeBron experience quite like the Celtics. The 37-year-old averages 28.8 points per game against the C's, more than any other team in the NBA. And that's just in his 56 regular season games vs. Boston.

Tuesday was the 26th time in 56 regular season games Lebron James scored 30 against the Celtics.

Since he entered the NBA in 2003, no one else has come close.

The strong likelihood is that this will be the last time James' Lakers meet up with the Celtics (unless the dynamic drastically changes for each 13-12 team). So there's that.

But the reality of LeBron popped again. Just like it would with Peyton Manning, Babe Ruth, or - brace yourself - Guy Lefleur.

After all these years, it's just time accept it ... while coming to grips that his son, Bronny, is around the corner ready to inflict another generation of pain.