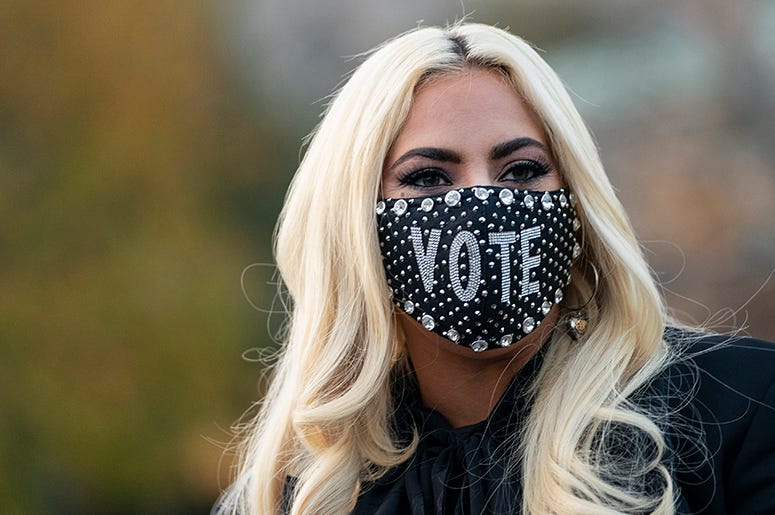 Each year, The King Center commemorates the birth of Dr. King with a series of events, including the Beloved Community Awards, which recognize individuals and organizations that demonstrate "excellence in leadership," "pursue social justice" and are committed to "creating...a more just, humane, peaceful world," in the tradition of the slain civil rights leader.

This year's awards take place on Saturday, and Gaga will be receiving the Yolanda Denise King "Higher Ground" Award, presented to her by another singer-turned-Oscar winner: Jennifer Hudson.

Yolanda Denise King, who died in 2007, was Dr. King's eldest child. She was an author, activist, and actress who appeared in movies like Ghosts of Mississippi, and also ran a production company called Higher Ground, which was dedicated to teaching people to embrace diversity and unity.

Gaga has been a champion of numerous social causes, including voting and Black Lives Matter, and has supported legislation to help stop "rape culture" at American universities.