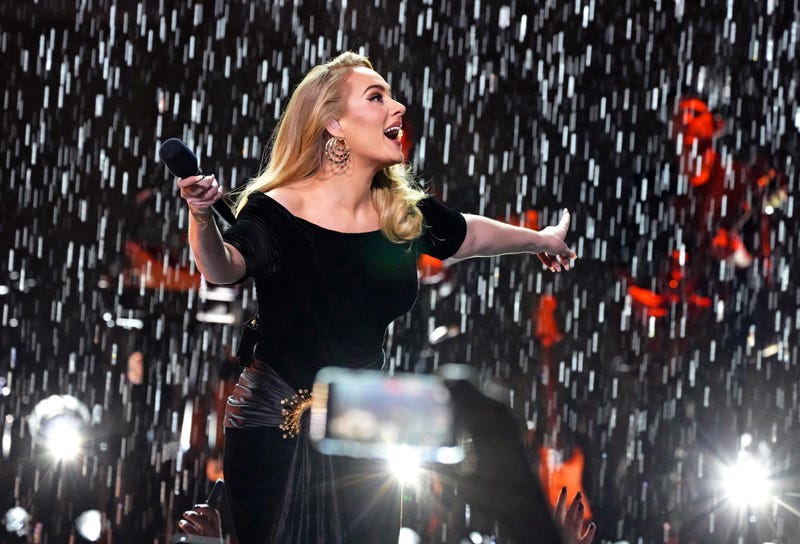 o   Everyone has been trying to get in to see Adele’s “Weekends With Adele” residency at Caesars Palace, including other Las Vegas headliners!

o   Adele shared a photo on her Instagram Story of her standing in front of Shania Twain from this past weekend.

o  She wrote, “Thank God you had a hat on @shaniatwain I would have self-combusted had I see it was you. I adore you, I can’t believe you came to my show.”

o   Shania responded on her own IG story saying, “Thank goodness we didn't make eye contact, all I can think of is the reaction of all those fans to Adele combusting halfway through the show."

o   She also shared a photo of Adele from her seat that said, “POV you're having a magical time at Adele's Vegas show."

o   She is dominating the Billboard charts for a 5th straight week.

o   Her single “Anti-Hero” sits atop the Hot 100 yet again but it looks like the holiday spirit is taking ahold of people!

o   Merriam-Webster has selected their Word of 2022 and it is “Gaslighting.”

o   Searches for the term defined as mind manipulating, grossly misleading, downright deceitful,” were up by 1740-percent this year.

o   The odd thing is, there was no one event that caused a spike, which is what typically happens with the word of the year.

o   The company says it was looked up frequently every single day.

o   In case you didn’t know, the word was brought to life 84 years ago with the 1938 play by Patrick Hamilton, called “Gaslight.”