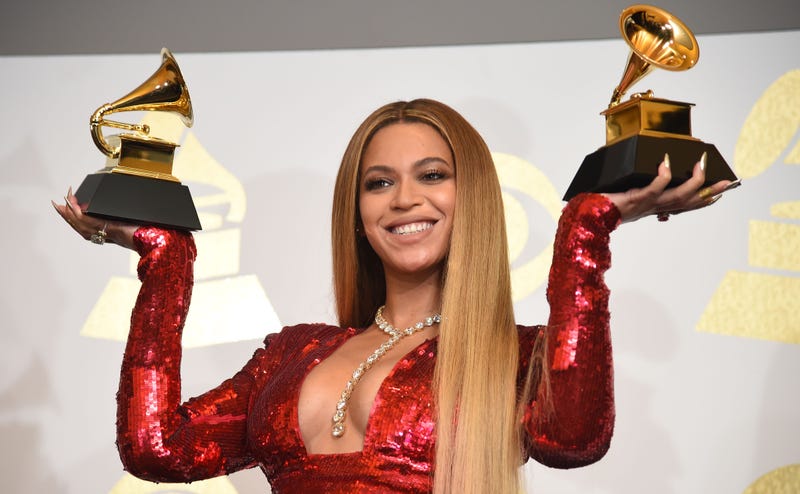 o    The 2023 Grammy nominations were announced yesterday and Beyoncé is the top nominee, with all but one of her nods coming for her album “Renaissance.”

o    She leads the pack followed by Kendrick Lamar with eight nominations, Adele and Brandi Carlile, with seven apiece; and Harry Styles, Mary J. Blige, Future, DJ Khaled and the producer and songwriter The-Dream with six each.

o    The 65th annual Grammy Awards will be held on Feb. 5 at Crypto.com Arena in Los Angeles and will air on CBS.

o    Many Swifties were not happy yesterday when presale tickets for her 2023 Eras U.S.
stadium tour went on sale.

o    It’s her first tour in five years and all the people trying to get the golden ticket took Ticketmaster down!

o    They issued a statement saying, “There has been historically unprecedented demand with millions showing up to buy tickets for the TaylorSwiftTix Presale."

o    In fact, West Coast on-sales for Los Angeles, Las Vegas, Santa Clara and Seattle had to be rescheduled from 10am to 3pm.

o    Hidden Valley is entering the game with “Ranch on a Branch” to help dress up your Christmas tree.

o    The kit includes a plush ranch bottle named “Ranchie” as well as a story book.

o    It is sold out online right now....no word yet on a re-stock but we're keeping our eyes peeled.

o    Hidden Valley will also donate 30-thousand dollars to Feeding America this holiday season from the sales of Ranchie.