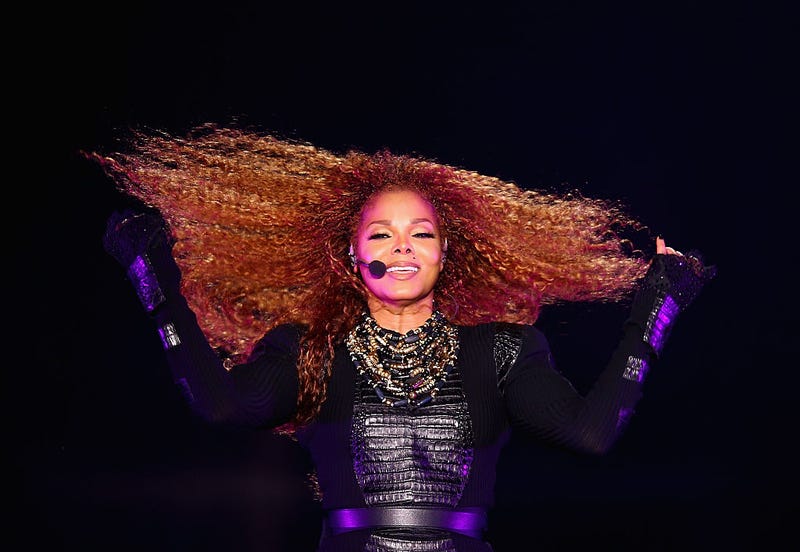 By Mercedes and Mercedes in the Morning

o     After Justin Timberlake issued an apology to her for the infamous Super Bowl wardrobe malfunction, fans started streaming her 1986 album “Control” all the way to the top of the charts.

o     She posted this statement on social media, “I’m so thankful for all of you being in my life. You’re so special to me, and I want to thank all of you for making ‘Control’ number one once again. After 35 years, never in a million years would I think that this would happen. I really appreciate you, and I love you so, so much. Thank you.”

o     The album is celebrating its 35th anniversary this year and fans say to honor her, they will stream it every February 7th, now known as “Janet Jackson Appreciation Day.”

o     The couple announced that they are expecting their second child over the weekend.

o     A spokesperson for the couple confirmed it saying, “We can confirm that Archie is going to be a big brother. The Duke and Duchess of Sussex are overjoyed to be expecting their second child.”

Meg, I was there at your wedding to witness this love story begin, and my friend, I am honoured to capture it grow. Congratulations to The Duke and Duchess of Sussex on this joyous news!#remoteshoot #shotonipad #shotbymisan pic.twitter.com/3iSYjydVj9

o     The new addition to the family will be Prince Charles And Princess Diana’s fifth grandchild and the 10th great-grandchild of Queen Elizabeth II.

o     It was also announced that Oprah is going to have an “intimate conversation” with the couple for a 90-minute primetime special airing on Sunday, March 7th,

o     Oprah attended their wedding in 2018 and she is also one of the couple’s neighbors in their Montecito, California neighborhood.

o     Will two hours outdoors be the next fitness goal?

o     Researchers have been racing to tap into nature’s therapeutic effects to counter the physical and mental damage inflicted by COVID-19.

o     The benefits of the great outdoors have been clear to doctors and scientists for a long time but the pandemic has made the matter more urgent to find help for people, especially in urban areas with little green space.

o     The Japanese have a practice called “forest bathing,” which is linked to lower blood pressure, heart rate and stress hormones and decreased anxiety, depression and fatigue.

o     And a 2019 study found that people who spent 120 minutes or more in nature a week were more likely to report good health and well-being.

o     The good vibe peaked at 200 to 300 minutes a week…anything less than two hours didn’t make a difference.

o     The Bridgerton actor will be hosting SNL for the first time this Saturday, February 20th.

o     As the Duke of Hastings serves as host, Bad Bunny will be the musical guest.

o     After the nomination, he posted on Instagram saying, "There's something extra special about being seen by your peers. Bravo team Bridgerton, for being seen as among the very finest of the world's collective companies of peerless players!"