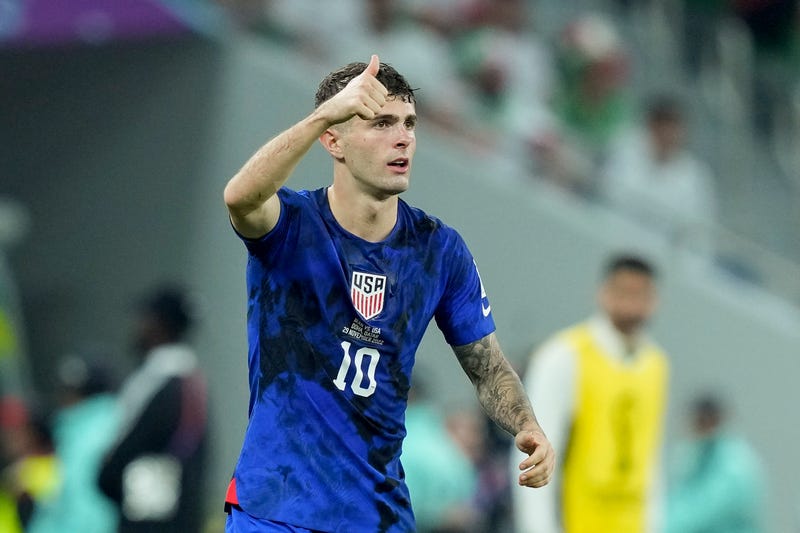 o   On to the next one in the World Cup for the U.S. Men’s National Team!

o   They beat Iran yesterday 1-0 to advance to the knockout stage in Qatar.

o   Christian Pulisic sacrificed his body to score the game’s only goal, colliding with Iran’s goalie.

o   He was treated on the field and struggle walk off the pitch.

o   He did end up returning for the end of the first half but was later replaced in the second half.

o   He’s said to have an abdominal injury and his status is not known yet was the team will face the Netherlands on Saturday.

o   As we head into December, Apple Music is releasing the numbers on what the biggest songs of the year were.

o   The No. 1 song on Apple Music’s top 100 global songs chart was “Stay” by The Kid Laroi and Justin Bieber, staying on top for 51 days straight.

o   It was followed by “As It Was” by Harry Styles, “Wait for U” by Future featuring Drake and Tems, “Super Gremlin” by Kodak Black, “Easy on Me” by Adele and “Heat Wave” by Glass Animals.

o   Elton John and Dua Lipa’s “Cold Heart (PNAU Remix)” was No. 1 on their Shazam chart.

o   And “We Don’t Talk About Bruno” from the movie Encanto was the song with the most-read lyrics in 2022 on Apple Music.

o   For the first time since 2018, the fast food giant is bringing back their iconic McGold Card.

o   Starting on December 5th through the 25th, you enter for a chance to win the McGold Card that entitles you to free McDonald’s for Life.

o   To enter, just make a purchase in their mobile app during that time and you’ll earn an entry for every qualifying purchase.

o   Free McDonald’s for Life is based on two meals per week for 50 years.