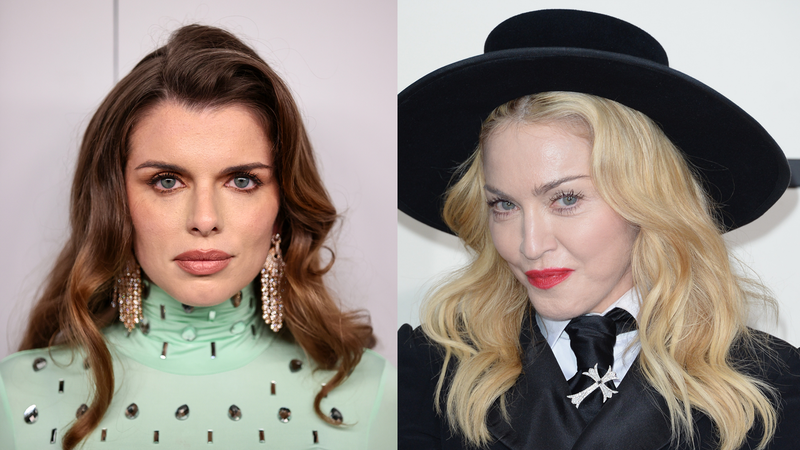 As Madonna shared, alongside a series of photos on Instagram, she “went to dinner with Julia to talk about my movie and some other folks showed up.” Which was later reported on by Entertainment Weekly, that Fox is in talks to take on the role of Madonna’s longtime friend and collaborator, Debi Mazar.

After Mazar’s phone had "literally blown up" with requests for more information about the possible casting, she took to IG to share her thoughts and a series of throwback pics.

"I find it all quite amusing, but what I find most interesting is that someone will be playing ME!" Mazar wrote in the lengthy caption. "It's surreal! I have NO idea how the script reads or who Madonna has in mind. We have been friends for so dam [sic] long, I'm curious! It sure has been a journey.” Promising that her "visionary" friend Madonna "has an epic story to tell”, Debi expressed that she "can't wait" to see the film when completed.

Never having actually met in person, despite both participating in a joint interview with Document Journal in August 2021, Mazar said she thinks Fox "is gorgeous, smart, and a very talented actress!”

Also noting that "funny enough, she reminds me more of Madonna when we were young, then [sic] of myself!” Adding, “I'd obviously be flattered. I wish the best to all the gals who audition! If you need dance moves or accent coaching, gimme a ring.”

Clearly happy about the endorsement, Fox commented on the post, "Love you Debi!!!! ❤️ 👑”

Madonna has been working on the movie about her life for years now. Madonna teamed up with Universal Pictures and producer Amy Pascal in September 2020. After finishing a full screenplay draft in collaboration with Oscar winner Diablo Cody, who wrote Juno and Jennifer's Body, who moved on to other projects, Erin Wilson reportedly stepped in to continue work on the project.

As Madonna has revealed in the past, most of the film will chronicle her "struggle as an artist trying to survive in a man's world as a woman," which she described as a "happy, sad, mad, crazy, good, bad, and ugly" tale.