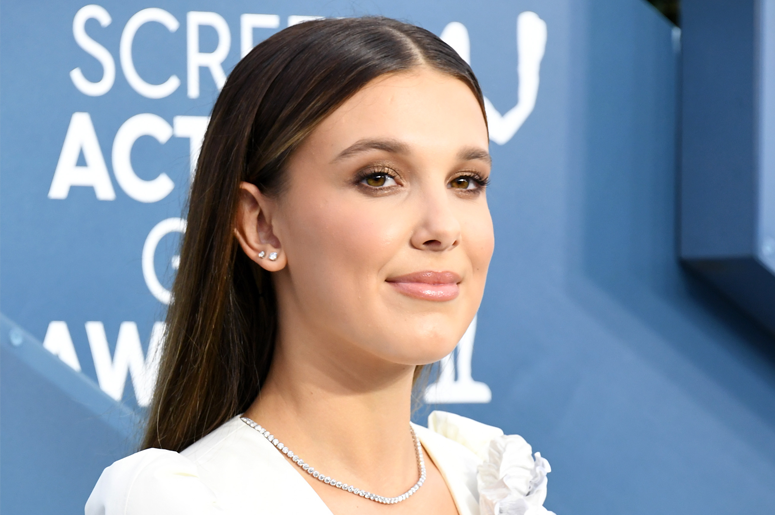 We miss Millie Bobby Brown, actually we miss Stranger Things, but like same thing. Thankfully we have the internet and we’re able to get our MBB fix with every slaying selfie, behind-the-scenes photoshoot, and sponsored pic she posts.

Clearly Brown is missing her creative outlet as much as we miss viewing it, resulting in late night arts and crafts and a bit of "2 am deja vu,” aka lip-syncing to a Beyoncé and JAY-Z classic for us to watch repeatedly.

Possibly a follow up to the cloud wall craze, or maybe it came before, Millie showed off her artistic efforts of creating clouds out of cotton balls, seen on her bedroom ceiling in the vintage filtered lip-syncing video.

Singing or rather attempting to, it’s okay she called herself out too, Millie performed a minute-long snippet of "Deja Vu” from Bey's 2006 sophomore album B'Day into her hairbrush. Serving up all the drama, and eventually whipping out sunglasses for Beyoncé's second verse, "Baby, seem like everywhere I go, I see you.”

"Yes, i know i came in too early on the 'jay' multiple times and im still practicing," Millie captioned the clip. "Also, get a hot glue gun and cotton balls and you've got clouds. peace out.”

Check out Brown's 2am bedroom performance of "Deja Vu” below.