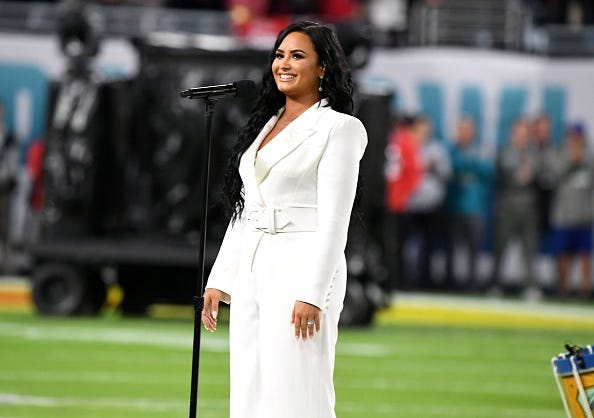 Demi Lovato overdosed in 2018, leaving her with three strokes and a heart attack as a result. Now, the singer is opening up about the brain damage caused that still affects her today.

Lovato revealed the news publicly in her Demi Lovato: Dancing With the Devil docuseries. The series will debut on YouTube Originals on March 23 and comes in four parts.

In the trailer for the docuseries, Lovato opens up about the brain damage she faces everyday. "I was left with brain damage, and I still deal with the effects of that today," she said in a video call on Wednesday, according to ABC News.

"I don't drive a car because I have blind spots in my vision. For a long time, I had a really hard time reading. It was a big deal when I was able to read a book, which was like two months later because my vision was so blurry," she continued.

However, Lovato's limitations serve as a reminder to herself. She reveals that the lasting repercussions "are still there to remind me of what could happen if I ever get into a dark place again."

The 28-year-old songstress has been working since she was 10 years old when she appeared on Barney & Friends. At 18, she went to rehab for the first time with struggles of bipolar disorder, anorexia, and bullying.

Lovato is not new to sharing her personal struggles, as her 2012 MTV documentary and 2017 YouTube doc addressed her concerns with alcohol and cocaine addictions.

"My purpose in putting this out is to help people who have been on the same path as I have," she said. "I wanted to set the record straight, and I wanted to reveal it all for my fans."

Elton John and Christina Aguilera are interviewed in the docuseries along with Lovato's family. It was shot over the course of a year.

"I feel like the best work that I make is when I'm present and when I am aware of what's going on in my life,” she said. “That's when the truth just flows out of me. As long as I continue to tell my truth, I'm going to make music that resonates with people."