Back in August, the Material Girl posted a cryptic video on Instagram suggesting that she would be returning to the big screen, and hinted that she was working with Oscar-winning writer Diablo Cody on the new project.

Now, Madonna's social media is chock full of photos and clips of her and Cody's recent writing sessions, confirming the project is a biopic about the singer's career and “the struggle as an artist trying to survive in a man’s world,” setting in stone the fact that we indeed have a new obsession to look forward to.

Madonna and Cody revealed the big news in an hour-long Instagram Live chat, sharing some of the stories that will be included, like her arrival in New York City in 1978 with just $35 in her pocket.

“Honestly, (it’s) one of the best times of my life, and one of the worst times,” Madonna says in the clip. “I hope I can portray or express what a thrilling time that was for me in every way.”

Other topics to be tackled by the pair are Madonna's past movie roles including her Golden Globe-winning performance in Andrew Lloyd Webber’s Evita; coming up as an artist alongside Andy Warhol, Keith Haring, Jean-Michel Basquiat and Martin Burgoyne and much more. 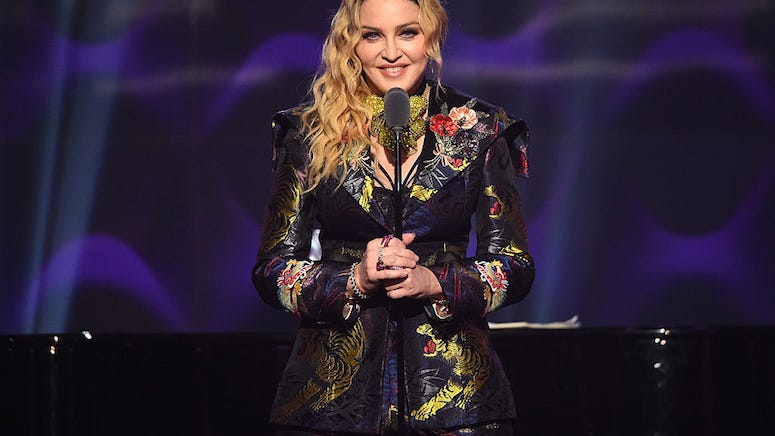 Emmy-winning actor and Ozark star Julia Garner is rumored to be the one to play Madonna in the flick, and although there are over a hundred pages written already, there is currently no release date set as of yet.

You can watch Madonna and Diablo Cody's full Instagram live session below.