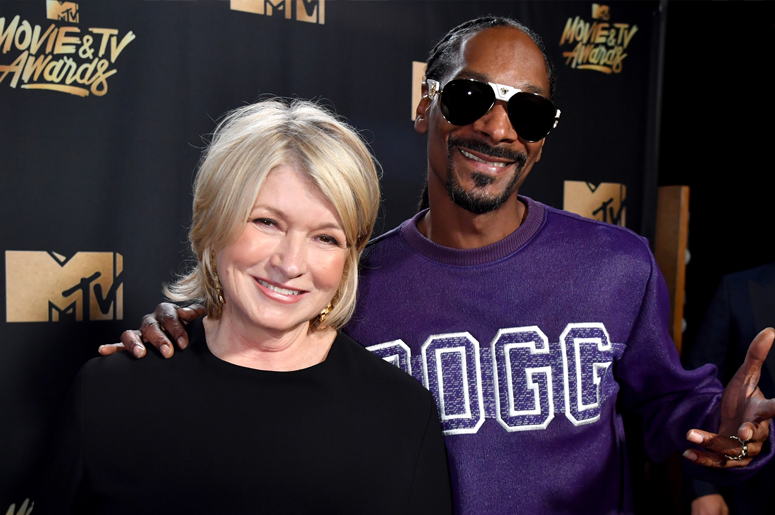 Puppy Bowl XVII has found its pawfect hosts in Snoop Dogg and Martha Stewart. The weirdly perfect pairing will once again reunite for the annual furry friend sporting event, airing on February 7 aka Super Bowl Sunday, ahead of the night's big game on both Discovery+ and Animal Planet at 2PM ET.

And that’s not all, Snoop and Stewart plan to raise the ruff by throwing the ultimate tailgate party to root on the adorable and adoptable puppy players from rescue centers such as Annenberg Pet Space, Paw Works, and SPCA LA, which will air one hour prior at 1PM ET.

While the dog loving duo have proven themselves as friends, as far as the  Puppy Bow is concerned, they are on opposing teams. But if you really think about it , it’s the freaking Puppy Bowl, so aren’t we all winners?

In a video posted by Animal Plant to promote the event, Snoop and Martha are seen sporting their respective teams jerseys, Stewart representing Team Ruff in orange, while Snoop holds it down for Team Fluff in blue.

Both Stewart’s and Snoop's pooches will also be in attendance and available for fan messages. So definitely tune in if you’re looking for a shout out from, Martha’s French Bulldogs Crème Brûlée and Bête Noire, or her Chow Chows Empress Qin and Emperor Han, as well as the Snoop’s French Bulldogs Juelz Broadus and Choc.

All the canine cuteness aside, as stated in the annual events official statement, as always the Puppy Bowl most importantly, "celebrates adoptable pups in all their cuteness and showcases the incredible shelters and rescues, as well as their staffers, who dedicate their lives to helping animals find their loving homes."

"The adoption rate is at 100 percent as all puppies and kittens featured in Puppy Bowl to date have found their forever homes with loving families."