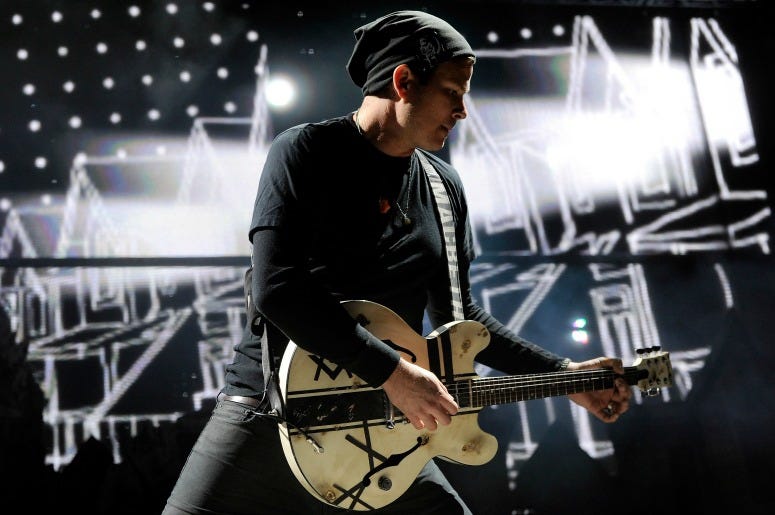 What if people knew that these were real?

Former blink-182 singer Tom DeLonge has gotten unexpected confirmation from the US Navy, that videos posted by his To The Stars organization do in fact feature an “Unidentified Aerial Phenomena.” There’s something out there, Tom DeLonge found it, and now the Navy is all over it.

During an interview with VICE’s Motherboard, Navy spokesperson Joseph Gradisher explains that “the Navy considers the phenomena contained/depicted in those 3 videos as unidentified.” This marks the first time the Navy has addressed the objects in the videos, shot by Navy pilots in 2004 and 2015.

Initially thought to be weather balloons or drones, an investigation from the Navy has classified the objects in the videos to be an unidentified phenomena. Which is described as a big win for DeLonge and his efforts.

“Ultimately, acknowledging and studying the existence of UAP will help us better understand what else is out there and how we fit in," DeLonge explained in an op-ed earlier this year. "It impacts not only our perception of who we are as human beings but also our understanding of where we’re going and how we treat each other. And that might be the greatest change of all.”

WATCH MORE: A Look At A Few Celebrities Who Believe In Aliens

Gradisher goes on to say that the Navy takes this information seriously, but there are no plans to release further details at this time. “The information obtained from each individual report of any suspected training range incursion will be investigated in its own right,” he says, aka they’re checking it out.

“Any report generated as a result of these investigations will, by necessity, include classified information on military operations. Therefore, no release of information to the general public is expected.” Aka, we're not telling.

DeLonge is currently on the road for a sold out tour with his band Angels And Airwaves, with plans for a new album in the works. During the set he revisits a few of his blink-182 favorites, including "Aliens Exist."