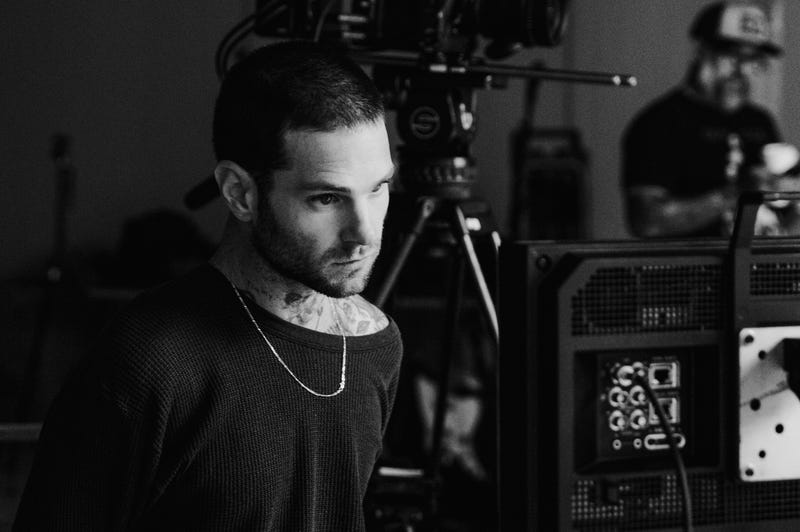 Freed got his musical life started listening to heavy metal bands, which then introduced him to "metal-adjacent" artists, each of which had members in what he calls, “softer bands.”

“That led me to softer stuff, like Mineral, and Sunny Day Real Estate who didn’t really have pop sensibility,” he says, but plenty of driving riffs. “The two albums that got me were Saves The Day’s ‘Cant Slow Down’ and Jimmy Eat World’s ‘Clarity.’ They really had the things that I needed. And then bands like Drive like Jehu, Three Mile Pilot, No Knife, Rites of Spring  – emo adjacent. Post-punk hardcore.”

“When we first started, I was always forced to have the ‘what is emo’ conversation – but I’ve heard some of saddest songs that were never classified as ‘emo.’ To place everything in a box is a silly way to live. Like, ‘I only like Chinese food.’ It doesn’t make sense. Sometimes I want something else.”

For the sake of avoiding any arguments this time around, think of “Emo” as almost anything that makes you feel.

Emo Nite LA, the event started by three friends at a small dive bar has grown into a full-blown phenomenon, bringing together some of the most incredible names in music who have become part of the Emo Nite family, including Sonny Moore (Skrillex) and From First to Last, The Used, Post Malone, Halsey, Andrew McMahon, Good Charlotte, Machine Gun Kelly, Mike Shinoda of Linkin Park, The All-American Rejects, All Time Low, Young Thug, Demi Lovato, Debby Ryan, Mark Hoppus and Travis Barker, Anthony Green, and many, many more.

“This didn’t exist in Los Angeles,” prior to their arrival, Morgan explains. "I work in the industry and go to a lot of shows, and see people just standing bored. I’ve been to shows in kitchens and living rooms that had more excitement, and I wanted to see that again.”

Now with the pandemic forcing venue closures, RADIO.COM proudly brings the party to you!

“Radio has been my dream since a little kid; it was there for me when everything else was not,” explains Morgan.

Along with exemplary playlists, Morgan will also be hosting interviews with everyone in the scene, or influenced by the scene – including musicians, actors, and management – with planned guests for each show. “It goes further than people think that it goes,” Morgan says of the influence “emo” has had on artists across genres.

“I’ll try to make it funny, because it’s maybe the least funny genre. Just expect me being me and also playing songs that I like. It’s something I have always wanted to do, and I promise I’ll do my best.”