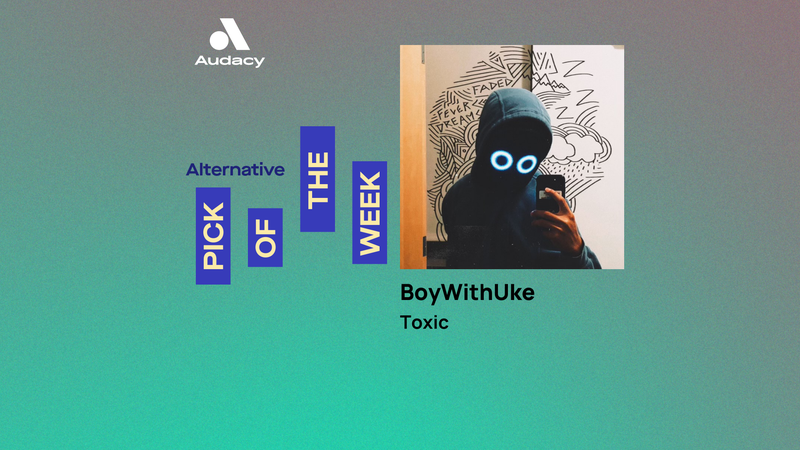 This week’s Audacy Alternative ‘Pick of the Week’ is BoyWithUke’s “Toxic.”

What do we know about BoyWithUke? If you quickly scan TikTok you can figure out he is a musical artist who writes and produces all of his own music, creating songs in his dorm room on GarageBand while hiding his face from the public with his now signature glowing mask. Take a deeper look and you’ll see he frequently posts “minute long songs,” many times written in response to requests from fans. His biggest hit to date was written after a fan commented “make a song about toxic friends plzzzx,” and the response was the song “Toxic.”

The song describes how it feels when you realize all your friends are terrible people (people you’d probably be better off without) but the thought of being alone makes you feel even worse. The song follows his previous full length projects Melatonin Dreams, Fever Dreams, Trouvaille EP and his latest Faded EP (featuring numerous songs created from his TikTok “minute long songs” project). We don’t know much about BoyWithUke yet, but we do know he’s an artist everyone is talking about.