When Bastille set out to make their first album in three years, frontman Dan Smith was hoping to come up with something that was fun but dark at the same time.
Consider it a success. That’s exactly how Bastille’s third studio LP turned out.

The album may be called Doom Days, but it’s upbeat and ends with the parting of the clouds track “Joy.” The album was recorded in a matter of months in Bastille’s London studio last year, and Smith told RADIO.COM the band wanted the title to sound dramatic.

“The album is set during an apocalypse,” he explained. “It’s kind of tongue in cheek, but it’s set over the course of one night out – a search for escapism and hedonism while the world around you burns.” 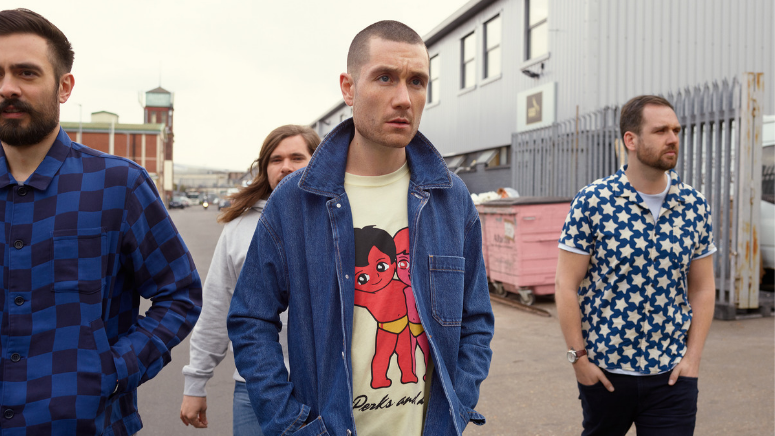 We asked band members what their favorite lyrics on the album are, and they all seemed to agree on the same phrase. And keeping with the theme of Doom Days, Bastille offered their last five songs to listen to at a house party during the apocalypse. Find out what their choices were in the video above.

Bastille is taking the new songs to North America for their Doom Days Tour. It begins September 16th in Philadelphia and ends October 29th in Mexico City. It’s probably a safe bet fans will be also be treated to live performances of some of the songs that made the band alt favorites like “Pompeii” and “Happier.”