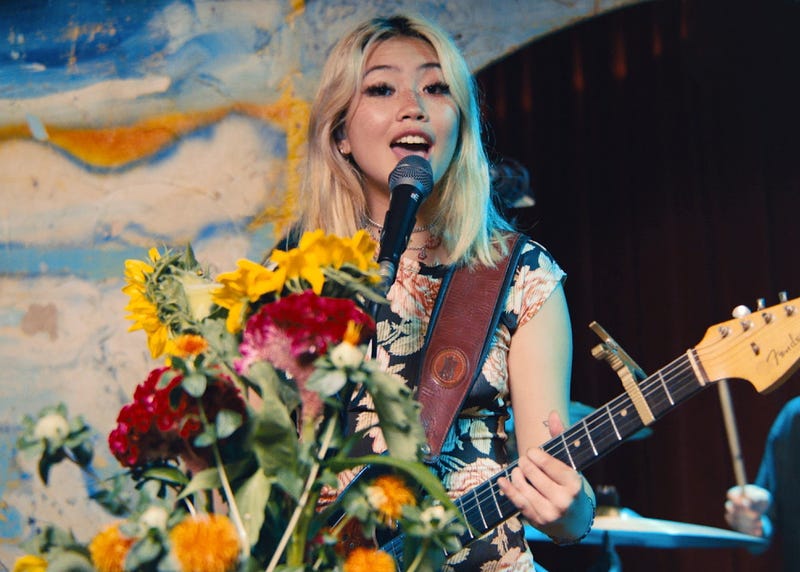 Joined by Beabadoobee, Audacy’s Bryce Segall gets all the details about her upcoming EP being produced by members of The 1975, discusses her new single, and finds out about the inspiration behind her next album.

Having just dropped her newest single, “Last Day On Earth” the artist also known as Beatrice Laus tells us that the whole song is an “over-exaggeration” of what people could do if they knew the world was ending. “When locked down happened… if I had known a week before it was going to happen, I would have done so much more… I would have appreciated going outside more.”

Beabadoobee’s, Our Extended Play  is set to arrive sometime this Spring and she tells us that “every single song on this EP is completely different from one another.” She continues, “the next one, I guess, sonically is just a bit more louder, a bit more rock-y-er and there’s one that is completely kind of stripped back and acoustic… we touched on a couple of different vibes and I can’t wait for everyone to hear it really.”

The upcoming EP boasts production and writing credits from The 1975’s Matty Healy and George Daniel. Beabadoobee, Matty, and Daniel created the new project together while staying on a farm in the U.K.’s countryside.

In the new music video for “Last Day On Earth” the singer reveals a major Easter egg, telling us that at the beginning of the video as she’s doing her makeup, her next single is playing in the background.

Currently, Beaba is writing for her next album and she explains that she’s “really getting into” a more electronic sound for this next project. Listening to a lot of music from Primal Scream and The Chemical Brothers the artist says she’s been inspired by a deeper electronica feeling.

While Beebadoobee has not revealed a release date for Our Extended Play we know that it will be here as soon as this Spring.

Listen to Beebadoobee’s full interview above.