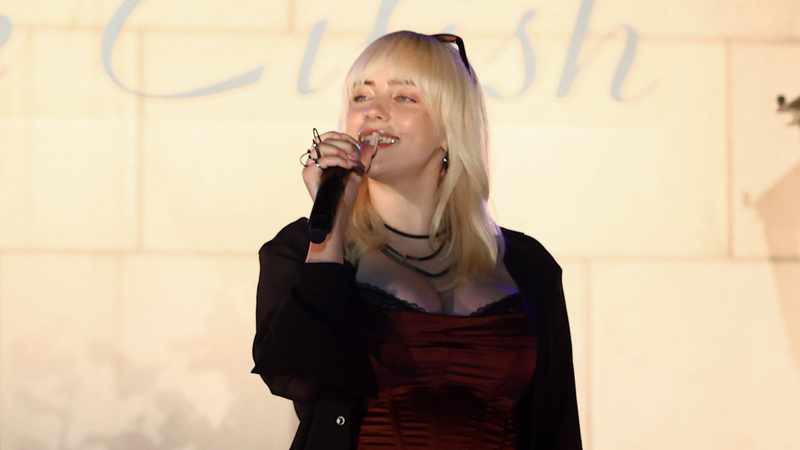 Billie Eilish might have recently changed her vibe with the release of her latest album Happier Than Ever, however, one thing that hasn’t changed and actually is a distinct point she’s made throughout many an interview, is the importance of her vision.

During her latest interview on The Tonight Show with Jimmy Fallon, Eilish admitted, that her proclivity for directing her own visuals, simply comes down to having a vision and knowing that “when you have your own idea and you know what you want that sometimes the best way to go about it is to just do it yourself, even though it takes much more out of you.”

No matter what Billie might be working on, music, visuals, vibes in general, one thing that makes her different is her synesthesia. By medical definition synesthesia is a neurological condition in which information meant to stimulate one of your senses stimulates several of your senses. And while both her brother FINNEAS and her dad have it, it's quite rare only affecting only 2%-4% of the population.

How Billie explained it is as “a thing in your brain where you associate random stuff to everything. So for instance, every day of the week has a color, a number, a shape. Sometimes things have a smell that I can think of or a temperature or a texture.”

Obviously this is just one of the reasons everything Billie does is a straight up mood, and what makes things so interesting for everyone involved, especially us watching and listening.

Though Billie surmounts it all to “mean nothing,” which we strongly disagree with, she did admit that it “inspires a bunch of stuff.” Which Billie went on to list, “like all my videos for the most part have to do with synesthesia, all of my artwork, everything I do live, all the colors for each song, it’s because those are the colors for those songs specifically.” Jimmy even got his own synesthetic reading, and according to Billie he’s a “vertical brown rectangle.”

After the two had their virtual chat, Eilish transitioned to a separate space in order to perform the title track off her newly released album. Flanked by her drummer and her brother Finneas on guitar, Eilish performed the song which at first starts a a gentle acoustic ballad and later descends into into angry anthemic rock, in front of a projection of clouds.

And just like that, officially moving forward, we will never be able to not imagine what shape, color, smell and or texture Billie sees for every little thing, but that’s just the Virgo in us. We’ll probably get over it in like 20 minutes, but still - synesthesia sounds so freaking cool.

You know what’s also freaking cool, Audacy’s Billie Eilish Radio exclusive station, full of music picked just for you based off your love of Billie Eilish, because we’re just thoughtful like that. So go head click the link above and press play.

You can also check out her performance of “Happier Than Ever” below, and her interview with Jimmy above.