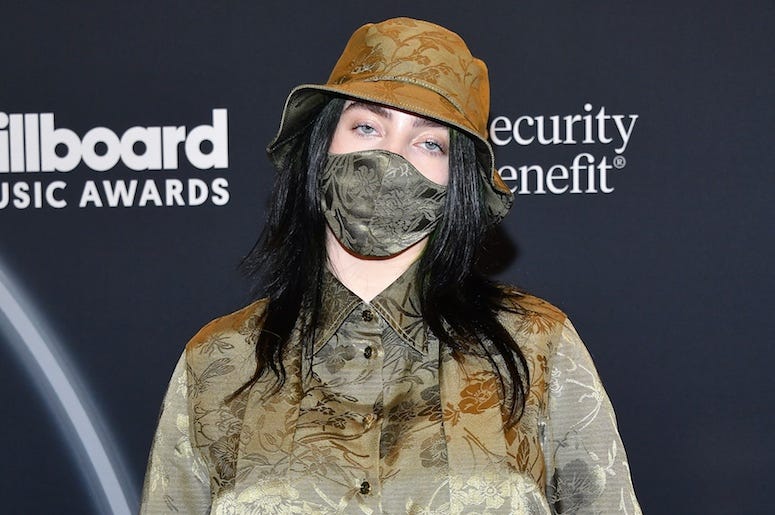 Billie Eilish held her highly anticipated Where Do We Go? The Livestream concert over the weekend and it was just as epic as we expected.

This wasn’t your run-of-the-mill livestream concert. Instead, Billie promised a “virtual, multi-dimensional, interactive, and immersive” experience that took elements from her 2020 arena tour and brought them into the virtual setting.

Prior to the concert, a special one hour pre-show took place and featured the likes of Alicia Keys, Lizzo, Jameela Jamil, and Steve Carrell delivering a call-to-action to vote. Additionally, she shared a previously never-before-seen clip from her upcoming Apple TV+ documentary Billie Eilish: The World's a Little Blurry.

The concert saw Billie perform numerous hits including “bury a friend,” “ocean eyes,” “bad guy,” along with her new single “my future” and the James Bond theme song “No Time To Die.”

During the show, XR technology and gigantic LED walls helped bring the show to life as Billie and FINNEAS performed with a wide variety of backdrops. During “i love you,” the duo sat beneath a sea of stars and were submerged in water during the performance of “ilomilo.” Naturally, an animated shark ate her while she was performing the song.

Billie also spoke to the audience during the livestream concert saying, “I realized in quarantine that onstage is the only place I’ve ever felt like myself and like I belonged.”

“If we get the orange man out, maybe we’ll get to see each other again,” she added.

Billie Eilish Where Do We Go? The Livestream Setlist:
bury a friend
you should see me in a crown
my strange addiction
ocean eyes
xanny
i love you
ilomilo
no time to die
when the party’s over
all the good girls go to hell
everything i wanted
my future
bad guy