Billie Eilish has just released a new video for her song “all the good girls go to hell,” and it’s beautifully disturbing.

The clip, directed by Rich Lee, begins with the 17-year-old alt pop phenom being injected with multiple needles before she sprouts white wings. Billie quickly turns into a fallen angel – crashing through the clouds until she lands with a thud in a tar-like substance.

Flames erupt all over a dark, desolate street until they catch up with and engulf Eilish. A statement accompanying the video confirms the song is about climate change.

“Right now there are millions of people all over the world begging our leaders to pay attention,” Eilish said. “Our earth is warming up at an unprecedented rate, icecaps are melting, our oceans are rising, our wildlife is being poisoned and our forests are burning.”

Eilish goes on to call attention to upcoming Climate Action Summit and asks fans to make their voices heard at globalclimatestrike.net. 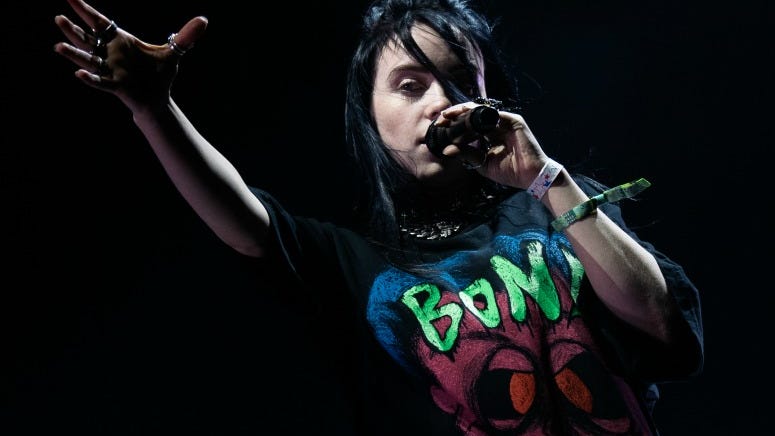 The new video was first teased yesterday in Times Square. Fans rushed to midtown Manhattan at 4pm, as prompted by Eilish on Instagram, to get a sneak peak of what was to come.

Eilish has two more gigs lined up in Europe before her tour returns to the U.S. She’ll perform in Atlanta on September 14 and has dates scheduled through Austin City Limits on October 12. Get the full schedule here.