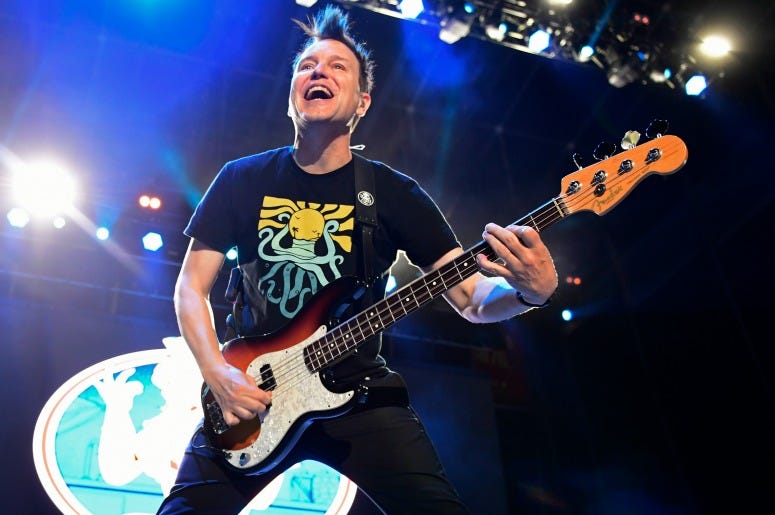 Blink-182 is ready to roll out their new album NINE on September 20, but before we find out the future for the band, get ready to go back to the past.

On Friday, the band sent fans a text message, “RIP myspace but our NINEspace lives on.” The note includes a link to a page that brings back all of the Myspace nostalgia you never knew you missed.

There you find a page promoting the album made to look just like the classic Myspace design. It features the band’s profile pic, influences, and even there Top 8, er, Top 9 in this case.

You can check out the full site here.

RIP myspace ⚰️ but our NINEspace lives on. Check it out and maybe we'll add you in our Top 9 you filthy animals 😘 https://t.co/k6ufk3prHz pic.twitter.com/tF5e5Idj7V

"I think we're taking everything that we've done in the past and building on it. Which is what we want to always be doing" Mark Hoppus told us about NINE earlier this year. "I think it's a good combination of fast punk rock stuff, modern production, and taking a lot of risks and experimentation."

Blink-182 is currently on tour with Lil Wayne, playing Enema Of The State in full for the 20th anniversary of the album. NINE arrives on September 20.