Blink-182 is back with the latest release from NINE. As suggested by the title, the upcoming release is their ninth album and is taking the alt rock icons in a completely new direction. 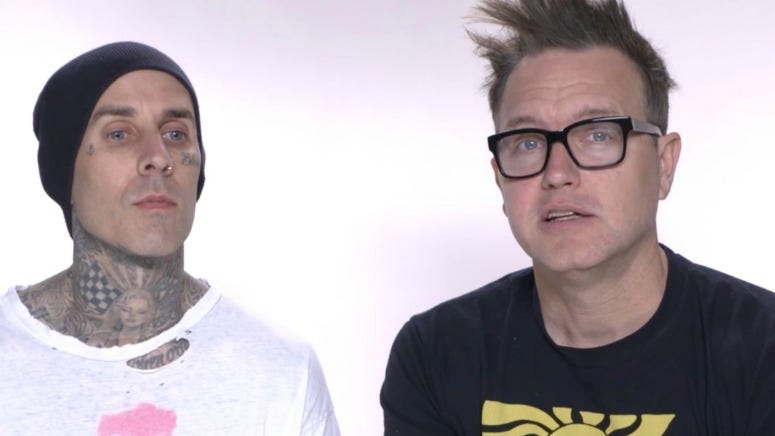 The bubbly feel of the song has fans drawing comparisons to Alkaline Trio. The band’s recent releases have traded in some of their rock edge in favor of infectious beats and fuzzed-out guitar. Listen to “Darkside” in the video above.

“Darkside” follows previously-released singles “Happy Days” and “Blame It On My Youth.” NINE is set for a September 20th release and features 15 track outlined here.

Blink-182 is currently in the midst of their co-headlining tour with Lil Wayne. After a slightly rocky start for Weezy, the two wildly different artists are enjoying their time on the road and are set for another two months of tour.

Despite having new music coming soon, Blink is celebrating the 20th anniversary of Enema of the State and has been performing it in full.