There’s a certain urgency to “Orphans,” the first glimpse released from Coldplay’s upcoming eighth studio album, Everyday Life. In the jubilant crowd that fills the song, bursting bright from the speakers, there’s a determined voice that leads the way.

The song was the last addition to Everyday Life according to Chris Martin in a new interview with Kevan Kenney of RADIO.COM. Originally a voice memo Martin was keeping for a future project, it found its way to the surface. “It just sort of demanded to be released first. I can’t really explain it,” Martin says of the choice to make “Orphans” the lead single. “It’s very unafraid of itself. It’s confident in itself and I really like that about it.”

“We’d been thinking so much about all these kids in refugee camps who are just like us. Well, I’m not a kid anymore but, people being labeled as just migrants or just refugees or just immigrants,” Martin says firmly. “And really they’re human people just like everyone else, and we were thinking about particularly the young people who’ve been displaced, who just want to go home and be normal just like everybody else.” 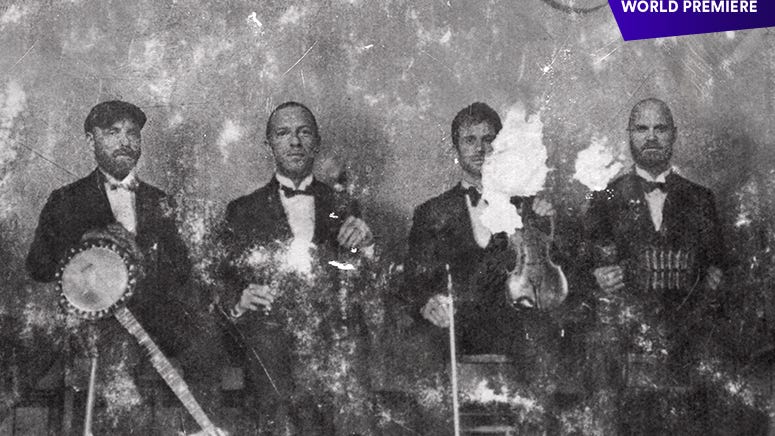 That was, “very much in the air,” Martin says as they were finishing Everyday Life, and “Orphans” moved from an idea on his phone to what we know it as today. “The song just sort of made itself happen.”

Everyday Life is an ambitious new double LP from the band, set to arrive on November 22. It comes about after the success of 2015’s A Head Full of Dreams and a stadium tour around the world, but also with some new understanding of self.

“Some fear left me at that point,” he adds on overcoming that fear of rejection he has previously held. “Just be the best thing you could possibly be and don’t worry about what anyone thinks because you cannot please everybody.”

That look inward is cooked into Everyday Life, with Martin explaining that the LP is very personal and unfiltered. The raw reality that makes up their eighth album means that Martin doesn’t want to overanalyze or discuss what they have put together.

“If I start trying to explain it, I would start to second-guess it,” he tells RADIO.COM. “I think the decision we made was just to be totally raw, and pure, and what the songs are. So then, there’s not really any way of explaining of defending them, they just sort of, they are. And you’re into it or you’re not and it’s totally okay either way.”

Be sure to check back for more from our talk with Chris Martin, when Everyday Life arrives everywhere on November 22.