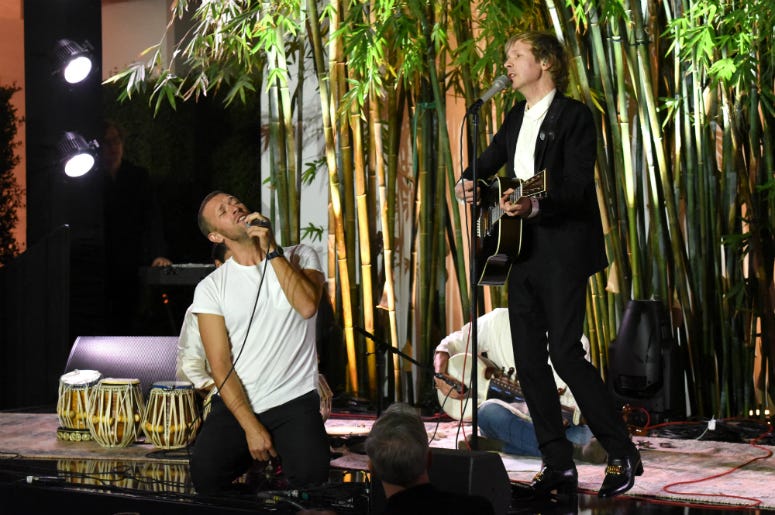 Chris Martin helped Beck put a worldly spin on his 1994 breakthrough hit “Loser” during a performance in Los Angeles.

The Coldplay frontman was one of six musicians who were seated around Beck, providing a backdrop of bongos, sitar and more, at the Hammer Museum’s annual Gala in the Garden event. Martin lent his voice to the familiar chorus: “Soy un perdedor. I'm a loser baby so why don't you kill me.”

For final song of night, @beck and a seated Chris Martin (with five also sitting musicians) collab on Beck’s 1994 “Loser,” and lyric I really heard was “forces of evil in a bozo nightmare.” #HammerGala pic.twitter.com/GsjeGNuJUb

Beck recently wrapped up a co-headling tour with Cage and the Elephant, while Martin and Coldplay may have something of their own cooking. The Daily Star reports the band is about to make a comeback with not one but two new albums.

A source told the British tabloid Coldplay will release an experimental LP as soon as next month and another album in 2020 with a tour possibly to follow. The band did something similar in 2014 and 2015 with Ghost Stories and A Head Full of Dreams. 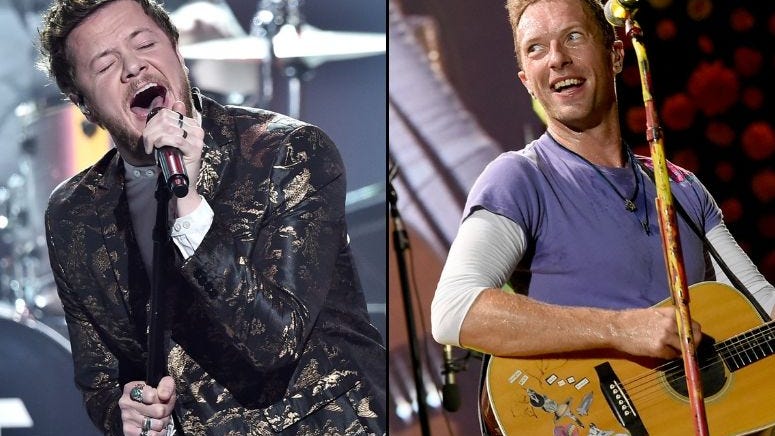 The idea of something new and different from Coldplay for 2019 was foreshadowed by longtime friend and collaborator Mat Whitecross to NME this time last year.

“They always want to be challenging themselves and surprising other people – that’s why they work with people like Brian Eno,” Whitecross said. “In that sense, I’m sure whatever they do next will surprise people.”

The last we heard from Coldplay was a mysterious 3-song EP they released under the name Los Unidades last November. The effort was titled Global Citizen – EP1, but there hasn’t been a second as of yet as the name seems to suggest there could be.