Courtney Love is remembering Kurt Cobain on what would have been their 28th wedding anniversary.

The 55-year-old is paying tribute to her late husband by sharing a picture from their happy day. The two became an alt rock power couple on February 24, 1992 on Waikiki Beach in Honolulu. The small ceremony took place just five months after Nirvana released their breakthrough album, Nevermind, and Hole released their debut album, Pretty on the Inside. 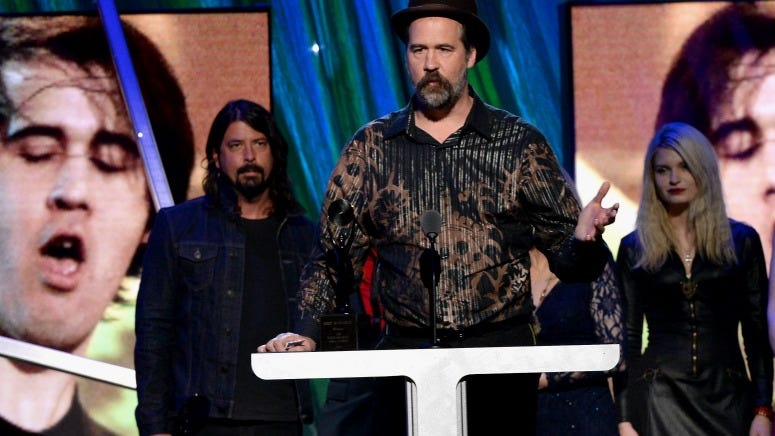 The marriage lasted just a little more than two years because of Cobain’s death, but the relationship had a lasting impact on Love.

“I recall feeling, deeply, delighted, dizzy, so in love, and knowing how lucky I was,” she wrote on Instagram. “This man was an angel. I thank him for looking out for me, many parts of the last 28 years have been torturous, chaotic and uphill, and in public? That is the darkest s*** imaginable, it almost tapped my resilience, almost. But between Kurt’s strange, amazing divinity, and the honor of a few true friends, the gift of desperation and sobriety. Of a Higher power and of love, and of empathy, I’m here now. It’ll be OK, f***, I see him on the shore.
Rocking in the free world. My husband.

Love is set to reunite with her former Hole bandmate, bassist Melissa Auf der Maur, at a benefit concert in New York next month. The two also performed together at Basilica Hudson’s biennial Pioneering People fundraiser in 2018.

Talk of a full Hole reunion never goes away, and Love wasn’t ruling it out in an interview last year. “There’s nothing wrong with honoring your past,” she said. “I’ve just kind of discovered that. If you don’t, people will rewrite history and you will become an inconvenient woman.”