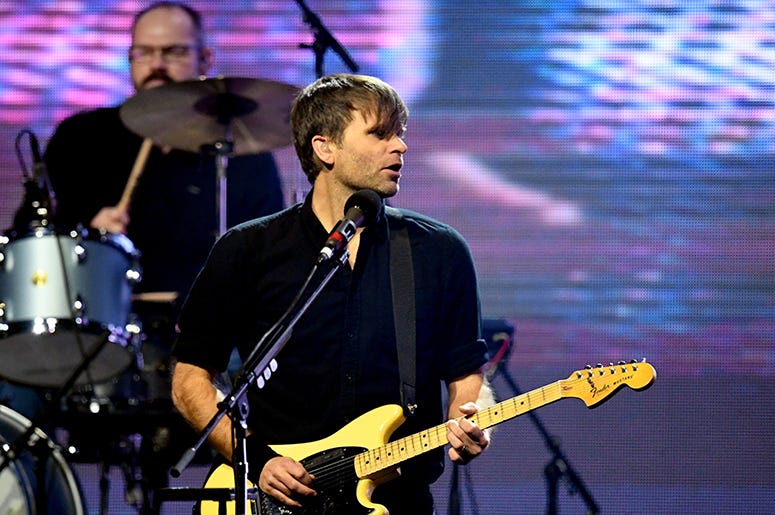 Set for release this Friday, December 4th is a new five song covers EP from Death Cab For Cutie featuring tracks by iconic artists from the state of Georgia.

The new DCFC project, which was recorded remotely over four days in each of the band members’ respective home studios and mixed just days later, will only be available for download for 24 hours beginning at 12:01AM PT on 12/4 exclusively via Bandcamp.

"In a year where so much of what we love to do has been put on pause," the band shared in a note to fans this morning, "it felt so good to be making music together again."

Singer Ben Gibbard shared the inspiration behind the project saying, "We created this exclusive e.p. of songs by some of our favorite Georgia artists for our friend Stacey Abrams and all the hard-working people at Fair Fight Action. We strongly believe in the work Fair Fight has done to assure free and fair elections in Georgia and beyond and have been honored to assist them throughout the 2020 campaign."

Gibbard, along with fellow artists John Legend, Common, Indigo Girls and more will also be on hand to perform this Thursday, December 3 at the Rock the Runoff virtual concert beginning at 9PM ET. Proceeds once again will go to Fair Fight in order to "mitigate voter suppression and mobilize Georgians" for the January 5 special election.

WATCH MORE: Artists at the Forefront of Social Distancing Concerts

Since the beginning of the pandemic, Gibbard has helped raise over $250K in donations and supplies for relief organizations in his hometown of Seattle through a series of at-home livestreams which, to date, have been viewed over 4.5 million times.