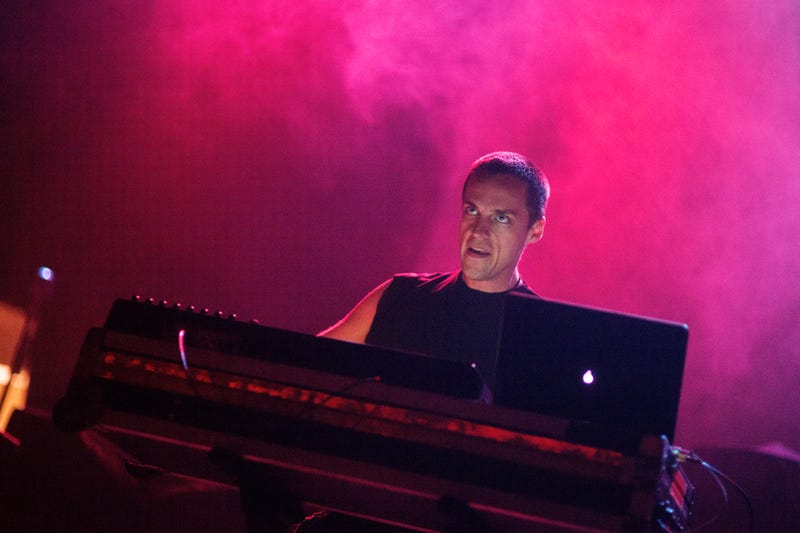 Andy Morin, the co-producer and keyboardist behind Death Grips is launching into a new project that reaches every aspect of creation and gives artists of all variations a home to run wild with ideas.

Taking off in July of 2020, A2B2 has morphed from a Discord community into an entire media platform that houses a monthly printed publication, live stream shows, a radio show, an official website, A2B2.org… and as Morin alluded, “more to come.”

Hitting on each facet of A2B2, Andy shares that the organization even has a small budget to offer grants to submission-based artists that are looking to get a project funded.

In a recent press release about the launch of A2B2’s very first submission-based, guest mix, radio show, which is available on Youtube and Soundcloud, it’s stated that the multi-media platform “aims to open the world of A2B2 and its many creators and visionaries to a wider audience. With 10k+ active users on A2B2.org and a bustling Discord community, A2B2 has become a platform and proving ground for artists in underground and niche genres.”

The Los Angeles-based producer and godfather behind A2B2 tells us that his idea for a multi-dimensional platform to support creators around the world has always been a goal of his for several years. As a member of Death Grips, Morin has always been inspired by fostering the creative talents of young artists. However, with the far reaches that the internet and social media allow, Morin figured why not expand the A2B2 community to all underground creators.

In addition to wanting to drum up creative outlets for young artists, Andy shares, “I used to also run all kinds of weird internet experiments on my website, and post weird art… and set up pop-up chat rooms… and those two ideas just sort of merged naturally when we started the community officially last year.”

Coming up in a suburban town in Sacramento, Morin explains that he wasn’t often involved with arts opportunities as a kid, but learned to play drums and had a band with his brother. As Andy has been getting the world of A2B2 off the ground he says it “accounts for my somewhat nebulous ideas when starting the organization.”

He continues, “The notion was very clear to me but not the specifics of how something like that would look or what it would be like. And I think that’s been kind of good over time because I’ve kind of had to make it up… my own version.”

Looking ahead, Morin and the A2B2 team are providing a world of opportunities for “a community of like-minded people that aren’t so attracted to the current state of social media… and who are into stuff like underground music… and new forms of experimental art and visual mediums. It all just kind of comes together in a very natural way,” notes the producer

In terms of the future, Andy already has his sights set on live, non-virtual events, telling us that A2B2 already has “massive” plans for an in-person event, AKA Night of Fire 2… “if the entire world doesn’t collapse in on itself in a couple of months.”