You heard it first on your favorite Audacy Alternative stations and now you can check out the replay right here anytime.

After grabbing a massive following on popular video-sharing apps, becoming known for his lip-syncing videos, jxdn put that clout to work by launching his music career on Travis Barker's DTA label. His latest offering is ripped straight from the headlines, a cover of the Taylor Swift-approved debut single from High School Musical: The Musical: The Series star Olivia Rodrigo, "driver's license," giving the pop hit a punk makeover with the help of his pal Travis on drums once again. 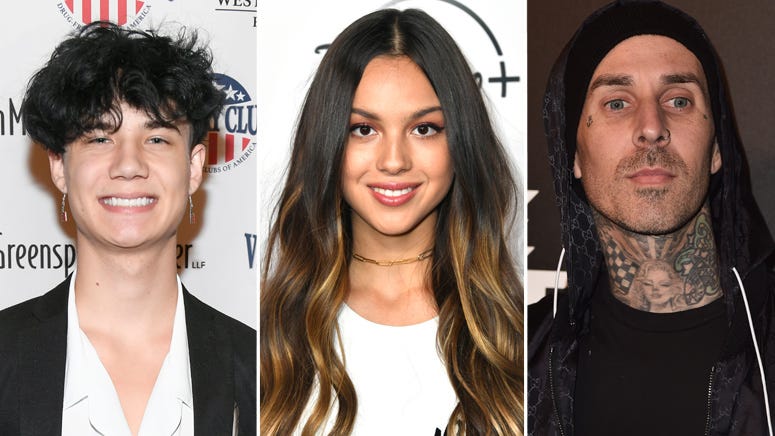 Following his exclusive performance, jxdn realized that everyone in the room had synced up their outfits donning white shirts, black pants, and black shoes without even planning it. “I was like, ‘we’re all matching… that’s fire.’ And then we’re all tatted, me Kenji, and Trav,” he explained, saying they looked like a real band. “I was like, ‘maybe we should do this for a living!’”

jxdn’s musical influences stem from a childhood surrounded by music, with both parents pastors and his father heavily involved in choir activities. One defining moment he remembers pushing him towards the career path he’s on now was the release of Justin Bieber’s 2011 film, Never Say Never, when he was just 10 years old.

“I watched it with my family,” jxdn explains, “and I remember I was an emotional kid anyway so me crying because of some of the scenes wasn’t a big deal, but I definitely shed a tear.”

“It struck a chord in me, It wasn’t a big, life changing moment but it definitely planted a seed inside of me that I know for sure sprouted into what I am today. Now I work with people that are so intertwined and connected with JB, that it’s super cool to see how God and life has just worked out for me.”

“That’s how I know I’m in the place I need to be in, because that’s just so uncoincidental.”

Be sure to watch the full interview with jxdn and Megan Holiday above, plus a special performance of his tracks "Driver's License," "So What!," "Better Off Dead," and "Angels & Demons" with guitarist Kenji Chan and drummer Travis Barker behind the kit.

Stay tuned for even more exclusive performances and in-depth chats with your favorite artists, right here on Audacy.