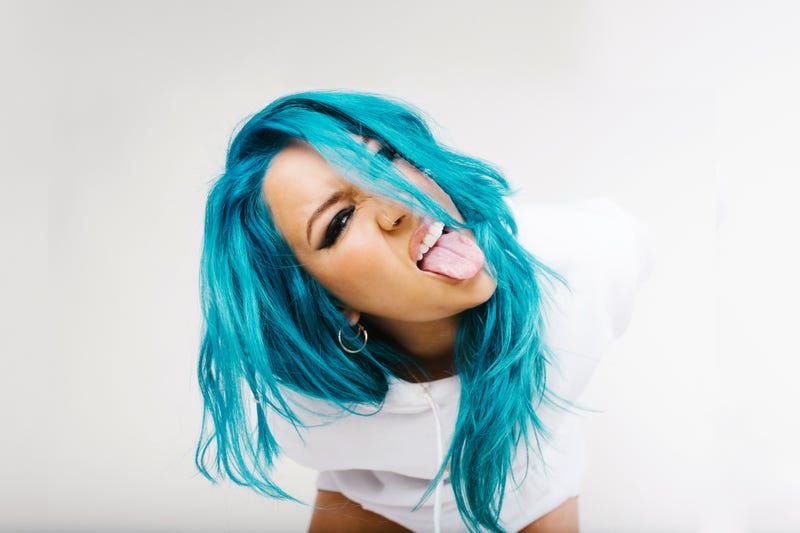 During a conversation with Audacy’s Morgan on Emo Nite Radio, Charlotte Sands spoke about her solo project while also working as a singer-songwriter in Nashville. The singer touches on how she blew up across TikTok and what goals she is looking to accomplish with her music.

Focused on her own artistry, Sands is releasing Pop/Rock tracks and has seen major viral success on TikTok, particularly with her 2020 single, “Dress.” Charlotte touched on the surrealism of going viral on TikTok and laughs “I thought Gen Z was like pulling a prank on me and were like ‘let’s go make this Millennial think that we like her music,’ and like make a joke out of it. I’m not even kidding, I had anxiety about it.”

Shocked by her quick success across the viral video platform, Sands says she was in awe of the love she received for “Dress” especially during a year where she wasn’t able to play shows. “It was like the biggest thing that’s ever happened in my career in a time where I wasn’t actually able to psychically see that happening or like be a part of it, or witness it,” says Sands.

Alongside releasing music, Charlotte has set up virtual community spaces for people to vent and share emotions. When she released her track “Bad Day,” Sands created an anonymous phone line where people could candidly decompress from their bad days.

“I think that my whole goal is to create like a community of people that like know their feelings are valid,” explains the “All My Friends Are Falling in Love” singer. She adds that she wants to ensure that there is a safe and comfortable space for her fans to feel recognized and heard.

Charlotte tells us, “I have the privilege of having people in my life that I can talk to about things. Not everybody has that and so I like try to just remind myself of that. And if I can create a space with my platform where people feel safe enough to vent about things or like have conversations and be their true self then I think that’s like my responsibility.”

Listen to Charlotte’s full interview above.