First and foremost, if this article gets ripped by Eve 6 on Twitter, we’ll consider it a success.

Eve 6 frontman and reigning Twitter champion Max Collins joined RADIO.COM’s Kevan Kenney and discussed how he became so good at the social media site. “I’m very much addicted to Twitter and have been for years,” Collins said.

“I’ve been literally addicted to Twitter for probably about seven or eight years or so. More so just following people I find interesting or funny, not putting a lot of my own thoughts out there really, but definitely have been consuming a lot of it, which probably prepared me for this moment.” 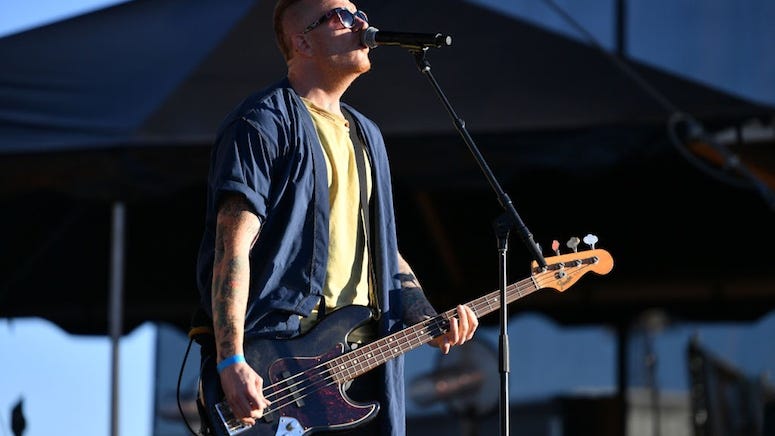 Eve 6 is on an epic Twitter tear, asking everyone if they like the 'heart in a blender' song

There was a good reason Collins started to actively tweet again after years of inactivity. Eve 6 is making a new record. Collins and his bandmates started working on it back in 2019 and it will see the light of day on June 25 when their EP Grim Value is released.

“I took to Twitter I guess a month and a half, two months ago thinking ‘maybe I’ll kind of wake up [the] diehard fan base a little,’ we did have our first record in 10 years coming out,” Collins said. “I had no idea that it was going to go buckwild. Since that point I’ve been leaning into it, indulging it, and really having a good time with it.”

It’d be easy to think that his newfound Twitter fame would affect his songwriting, but Collins said he hasn’t “done any writing since the Twitter renaissance.”

“I don’t think my approach to writing this EP or album is much different,” he said.

Collins also shared an incredible story about that “heart in a blender” song, also known as “Inside Out.”

Kevan Kenney asked him if he felt there were any moments in his music that felt like it made the whole song. “It’s funny cause I obviously don’t like to listen to Eve 6, so if I’m confronted with it, I’ll sometimes hear the ‘heart in a blender’ song or ‘here’s to the night’ when I’m in a Home Depot,” Collins said.

He then dug in on a detail that he believes made “Inside Out” a hit. “I do think there’s sort of an unpredictable chord before the chorus of the ‘heart in a blender’ song that was not my idea, not the band’s idea, but the producer of the record’s idea,” Collins said. “I honestly think that without that one chord change the song probably wouldn’t have been a hit.”

Collins then added with a laugh, “I guess that’d be the first thing that comes to mind, I haven’t listened to Eve 6 in a really long time.”

i'm listening
How Nancy Wilson’s childhood experiences helped her mental health during the pandemic
sports
Bobby Valentine announces he is running for Mayor of Stamford, CT
sports
NCAA rule proposal aims to crack down on flopping
sports
Report: Vikings were prepared to draft Justin Fields at 14
sports
He was an All-Star? NBA edition
music
Miranda Lambert and husband on the move to new home