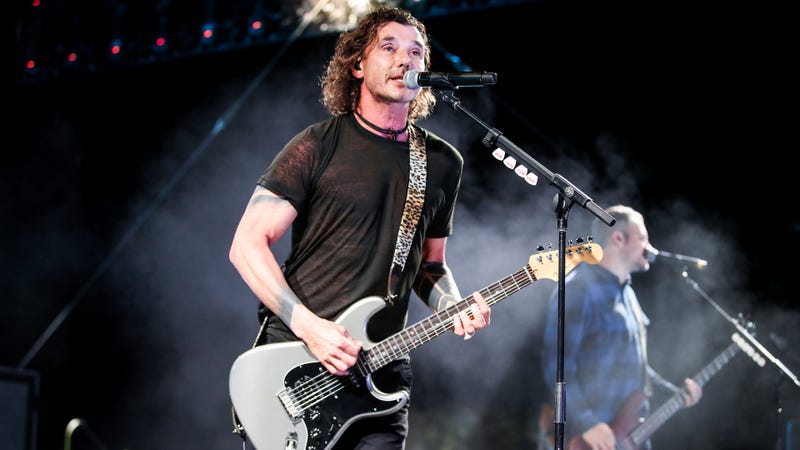 Fans are breathing a sigh of relief after seeing photos of Gavin Rossdale out and about with his pup Chewy.

Rossdale sparked concern following a series of social media posts with cryptic commentary, but a series of photos published by Radar show him in good spirits while he soaks up the sun on a walk with his dog.

The posts began shortly after Bush announced the cancelation of their tour due to “unfortunate and unavoidable COVID-related circumstances.”

“We cannot stress enough how heartbreaking it is to not be able to go out and play after all of this time, and after all of our attempted starts and ensuing stops over the past year and a half. We wish to extend our deepest apologies as this is the last thing we would want for all our great fans as well as our good friends in @stpband,” the band posted on Instagram.

Following the announcement, Rossdale published several photos over the next few days with captions like “Dear time-can I have some more please,” “push on forward,” and “be patient, like a ninja.”

His cryptic social media posts weren’t the only thing that raised fans’ alarms. Rossdale's rumored girlfriend, Gwen Singer, reportedly shared a note to her Instagram Story that may have addressed the situation.

"Make that phone call. Send that text. Forgive that person. Tell them you love them. Or that you've missed them," her story read.. "Let go of that grudge. Show more kindness. Don't take any of it for granted. Because tomorrow isn't promised."