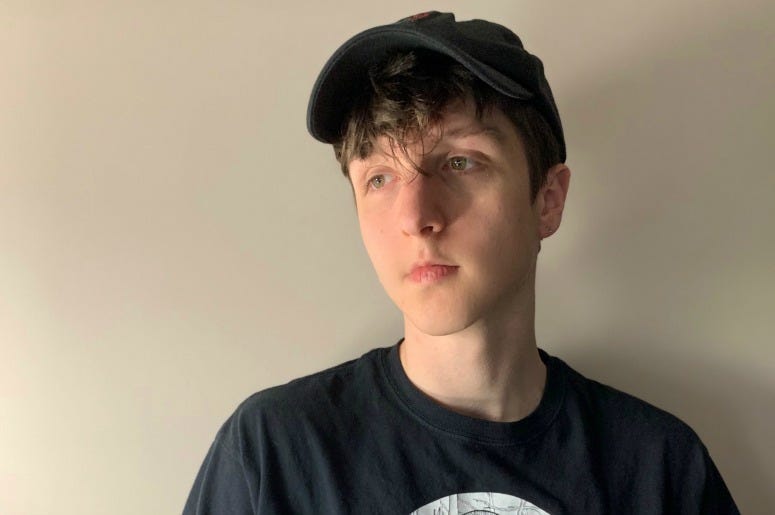 At the time, the Seattle sound of the 1990s and the bands that followed into the 2000s were a welcome distraction from the glam of the pop and heavy metal world's alike. It was the birth of a genre, one that has constantly evolved and interwoven into the mainstream; just look at Bjork.

It's 2020. A new era, with a brand new set of artists molding their many influences into something they can call unique; something different; something alternative to the norm. Check out these tracks below…

Canadian artist Isaiah Faber, aka Powfu, has a hit on his hands with "death bed (coffee for your head)," about a dying young man who's saying goodbye to his girlfriend. Here's his next offering, "17again."

Michael Ian Olmo (iann dior) is best known for his massively streamed songs "Emotions," "Romance361," "Problems," "gone girl," and "18" -- now signed with Colombia Records, the Puerto Rican-American is breaking into the big leagues with the help of his punker-than-you pals MGK and Travis Barker.

You already know and love 20-year-old beabadoobee from the viral success of her song “Coffee,” which Powfu later transformed into “death bed (coffee for your head).” Now she’s back on the scene with a brand new, ‘90s flavored track called “Care,” and hot off the presses news about her debut album.

Florida singer/rapper Dominic Fike is getting set to release his debut album What Could Possibly Go Wrong on July 31 via Columbia Records which includes "Chicken Tenders," his latest "Politics & Violence," and 12 more tracks for your listening pleasure

TikTok and Instagram celeb Jaden Hossler already has a massive following on the platforms, known for his lip-syncing videos. Now, he's putting that clout to work by launching his music career as the first signing to Travis Barker's DTA label.