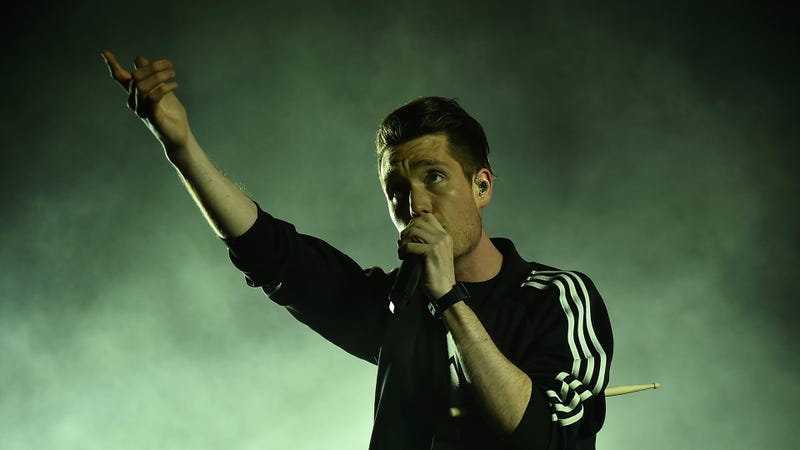 Always with our ear to the ground looking for new music, our '7 Songs' playlists highlight some of the most recent releases in the Alternative scene.

Check out these 7 hot tracks below from Olivia Rodrigo, Bastille, Little Hurt, Garbage, jxdn, Weezer, and Gang Of Youths.

Olivia Rodrigo fans had been vibrating with anticipation counting down the hours until release day for her debut album SOUR. "Every song is so personal and close to my heart," Olivia shared on social media as the record hit shelves. Guess what, she wasn't kidding.

Bastille make their 2021 return with the dystopic new single “Distorted Light Beam,” a gleaming, metallic rush of retro-futuristic pop, and the first offering from the band’s upcoming studio release set for shelves and streaming later this year.

TikTok and Instagram phenom turned pop-punk star (and Nessa Barrett's BF!) jxdn joined with his pal MGK for his newest track "Wanna Be."

The lower 48 just ain't what it used to be. This is the latest from Kansas City singer-songwriter and former frontman for the Mowgli's, Colin Dieden - also known as Little Hurt.

Weezer - Tell Me What You Want

If fans were wondering when Weezer would be putting out more new music after dropping two brand new albums this year already, the answer is here. "Tell Me What You Want" arrived with the video game Wave Break's launch of a new level called "Weezy Mode" where you can grind, jump, and jink through a Weezer-inspired water world while the song plays.

“We’re exploring so many different territories and sides of ourselves and that’s manifesting in the music,” says Gang Of Youths' guitarist Jung Kim. “We’re doing things that have never really made an appearance in Gang Of Youths.”

"I’ve got a new record, my band are all healthy… life is good.” With their latest album officially on shelves and streaming, singer Shirley Manson recently explained to us how there was quite a lot of time and work put into No Gods No Masters, which got its start way back in 2018. "Wolves" is Garbage's latest offering from the new release.