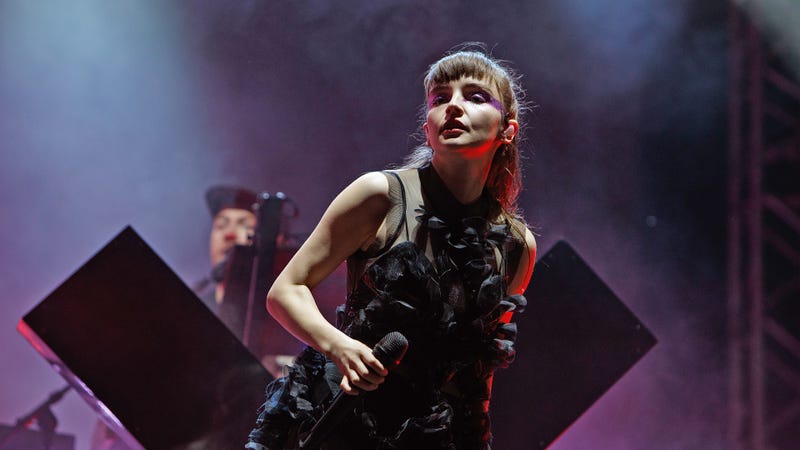 In our ever-expanding quest to bring you new music in easy-to-digest morsels like our original 7 Alternative songs, 7 (more), and (Another) 7 playlists, today we're highlighting some of the most recent releases in the genre.

Check out these 7 tracks below from KennyHoopla, Tai Verdes, Cannons, CHVRCHES, The Maine, The Chemical Brothers, and K.Flay.

The first taste of Kenneth La'Ron's (KennyHoopla) upcoming Survivors Guilt: The Mixtape due out on June 11, "Hollywood Sucks" once again features blink-182 drummer Travis Barker on drums like his previous hit and Audacy Pick of the Week, "ESTELLA//."

Another past Audacy Alternative Pick of the Week, Tai Verdes debuted with his hit single, “Stuck In The Middle,” finding massive success supported by his use of TikTok as a story-telling platform. "A-O-K" is Tai's latest, from his debut album TV, out everywhere on May 20.

Released in March of 2021 upon signing to Colombia Records, the L.A.-based trio Cannons' "Bad Dreams" teases a full length project expected to drop later this year.

CHVRCHES - He Said, She Said

Last year, CHVRCHES frontwoman Lauren Mayberry said that the next album would be influenced by "awesome pop music," including Billie Eilish. "He Said, She Said" follows their 2018 album Love Is Dead, which features the singles "Get Out" and "Miracle."

Arizona rockers The Maine return after two years with "Sticky," kicking off a brand new era for the band. Their forthcoming eighth studio album XOXO: From Love And Anxiety In Real Time arrives on July 9.

The Chemical Brothers - The Darkness That You Fear

Six time GRAMMY winning Electronic music legends The Chemical Brothers -- Tom Rowlands and Ed Simons -- are back again with their first new music since 2019’s No Geography. Limited vinyl for "The Darkness..." will be available as a Record Store Day drop on June 12.

K.Flay recently announced a new EP called Inside Voices, featuring collaborations with Tom Morello and Travis Barker. Set for release on June 11, you can listen to the first single, "Four Letter Words," now.