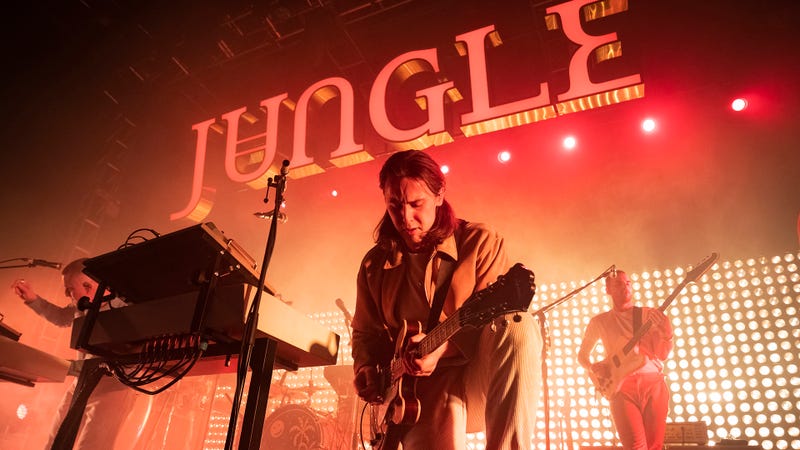 When there's no opening band, because there are no shows, how the heck do you find new music? Well, we've been building lists for you to peruse at your leisure like this one, and another here. Now, we've got 7 more songs from today's Alternative artists that we think you really need to hear.

Highlighting some of our most recent Audacy Alternative Pick's of the Week with a couple more added, check out these 7 tracks below from girl in red, Beach Bunny, AREA21, beabadoobee, The Band CAMINO, Jungle, and Japanese Breakfast.

We’re getting started with the new indie pop project from Norway’s Marie Ulven, girl in red (yes, all lowercase). Look for the debut studio album If I Could Make It Go Quiet, out on AWAL recordings on April 30, 2021.

Our Alternative Pick of the Week for April 5, Beach Bunny's debut album Honeymoon, unlike songwriter Lili Trifilio's self-released EPs which were largely written in a single month, "came about patiently, over the course of nine months" resulting in "a more confident and clear-eyed band that makes some of the most charming and relatable rock anthems."

Remember that giant piece of scientific anxiety that whizzed past Earth a while back, called "Oumuamua"? Well, not too long after (in cosmic terms), AREA21 showed up saying they're "alien travelers tripping through the cosmos spreading a message of unity and good vibes. After hitting a satellite they came crashing to earth…" Someone better call NASA. Also, as our current Pick of the Week (April 12-April 16), text the word "UP" if you like it, or "DOWN" if not to 55701 any time you hear the song played on your favorite Audacy Alternative stations! (Standard messaging rates may apply.)

We've been following along with Filipino-born British songwriter beabadoobee (Beatrice Laus) since her start, and get excited every time she announces a new release. Her latest, "Last Day On Earth" arrives along with the announcement of her Our Extended Play EP produced and co-written with Matty Healy and George Daniel of The 1975. "The state we're currently living in is almost apocalyptic," she told Audacy's Kevan Kenney upon the release of "Last Day...". "So, it only made sense to make a song kind of referring to that." Check out the full interview right here and be on the lookout for Bea's Our Extended Play this spring.

Our Alternative Pick of the Week for March 15, Nashville, TN-based The Band CAMINO consisting of co-frontmen Jeffery Jordan and Spencer Stewart, and drummer Garrison Burgess who have been friends since their high school days, has been called "Rock's next big thing" by Billboard, and have three EP's under their belts; 2019's Elektra Records debut tryhard, 2017's Heaven, and 2016's My Thoughts On You.

Our Alternative Pick of the Week for March 29, Japanese Breakfast's "Be Sweet" is off of songwriter Michelle Zauner's forthcoming third studio album Jubilee -- "an album about processing life and love in the quest for happiness, and how that process sometimes requires us to step outside of ourselves." Following 2016's Psychopomp, and 2017's Soft Sounds from Another Planet, look for the new album on shelves and streaming in the summer of 2021.