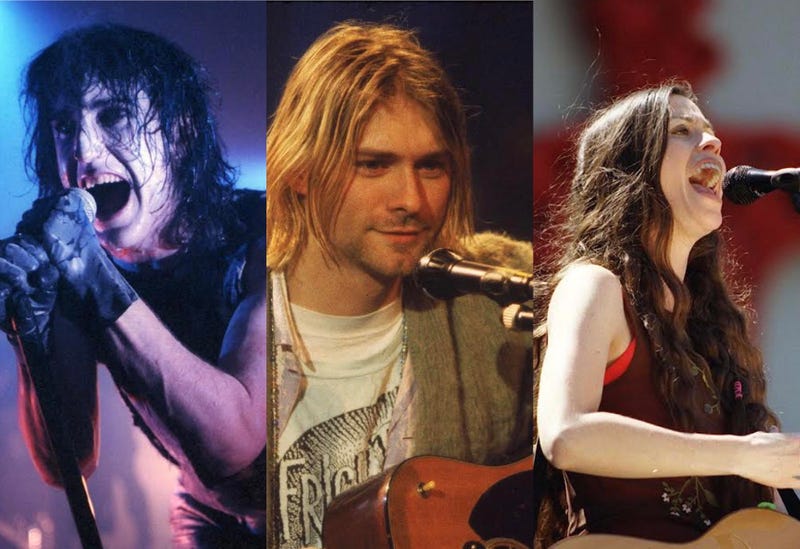 Straight from the brain of Audacy’s Alt queen, Megan Holiday, comes the hand-selected My So Called 90s Exclusive Station… where listeners can quickly drift back to the glory days of the 90s. With tracks from No Doubt, Nirvana, Stone Temple Pilots, and more Megan’s curation talents will absolutely make your flannel and Doc Marten dreams come true.

The KROQ on-air host tells us that the exclusive station, “was birthed straight from the pandemic. I wanted to awaken feelings of nostalgia and live concert memories from these heritage bands who have undoubtedly impacted all of our lives. We needed to remember better times and garner hope that they are indeed coming back.”

Holiday adds, “This channel is an offshoot of a daily feature I started on my radio show. Each day I pick a nineties song and give the history of the band, the feeling it ignites, and the details of the song coming together. I think we can all agree that the alternative genre was solidified from the music that came out in the nineties. I truly believe it was a magical era, dare I say a musical revolution! I have one word for you... NIRVANA.”

Megan concludes, "There is truly a song for every mood and the nineties hit us in that nostalgic sweet spot."

Choosing 10 of her favorite tracks from her My So Called 90s Exclusive Station, Holiday takes through why each of these songs is essential to the 90s and why each track has a special place in her heart and on her playlist. Start listening now!

Arriving in 1994, "Big Empty" was first heard in the movie The Crow.

For the radio personality, Rancid's "Ruby Soho," "makes you want to roll your windows down, chant the chorus, and drive to that destination unknown."

"Here And Now" - Letters To Cleo

"In The Meantime" - Spacehog

Pulling influence from David Bowie and Queen, Spacehog's members are originally from the U.K., but formed their band in New York.

"Hunger Strike" - Temple Of The Dog

"Temple Of The Dog was one of the greatest supergroups of all time and it was the first time Eddie Vedder’s voice was ever recorded. If you go and watch the live footage of Chris Cornell and Eddie singing that song you will get goosebumps and you will ache to be in that crowd."

Megan explains, "Fast forward to 1999 when Filter puts out this dreamy, angsty hit song 'Take A Picture,' which I think created a brand new lane for the bands of the aught’s to come in and do their thing."

"Songs like Alanis Morissette  'You Oughta Know' help us when our hearts are broken and we are straight-up angry at our ex," notes Meagn.

"Walk On The Ocean" - Toad The Wet Sprocket

On the final recorded version of "On A Plain," Dave Grohl's wordless background vocals can be heard on the track. Kurt Cobain's lead vocals were recorded in one take.