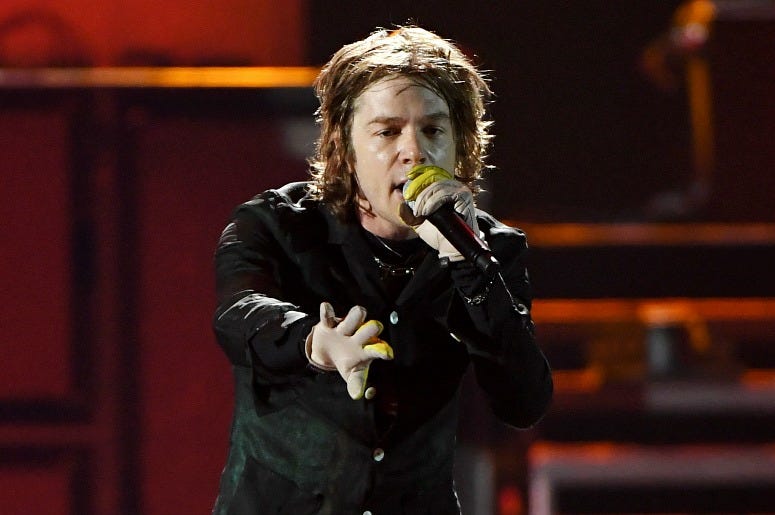 The music of Cage the Elephant has been an important part of the last decade, growing and evolving which each release since their debut 10 years ago. But that’s only half of the story. Matt Shultz and the band have become one of the most explosive and enthralling live bands on the planet, with Shultz constantly elevating his frontman presence to now legendary levels.

We witnessed it first hand at RADIO.COM’s Not So Silent Night in New York this week, and we are delighted to do it again at KROQ’s Almost Acoustic Christmas this weekend. Get prepared for one of the best performances that the law allows, by checking out the songs Cage the Elephant have played live the most.

A fuzzed-out slice of swagger from Melophobia with a breakdown that hits so hard.

A chaotic explosion with Shultz standing at the center of the swirl.

The "naked" and "honest" closer from Melophobia that always puts us in our feelings like it's the first time.

Really a perfect pop song cranked up to maximum levels.

A dangerous and coaxing track with a sinister undercurrent.

Those first chords still set something off inside of us. Laced up in grunge boots from their 2011 album Thank You Happy Birthday.

The band's first number one single and still a classic.

The stomping introduction to Cage's debut, inspiring the same passion and thrashing as it did a decade ago.

It starts so peaceful before throwing a fit and igniting. From 2011.

An absolute anthem, a rallying cry, and the band's most played song in history.