Billie Joe Armstrong is turning 48, which is usually 72 in punk years. Or something like that. But Green Day and Armstrong have rewritten the rules. Any thoughts that the Bay Area band might have had a shelf life were put to rest right around the time they released the Uno!, Dos!, Tré trilogy in a span of four months in 2012. There’s always more songs.

The stellar Revolution Radio followed in 2016, leading to another brand new album from Green Day this year: Father of All…. And there’s more. Green Day is teaming up with Weezer and Fall Out Boy for the Hella Mega tour that will hit stadiums across the country this summer. 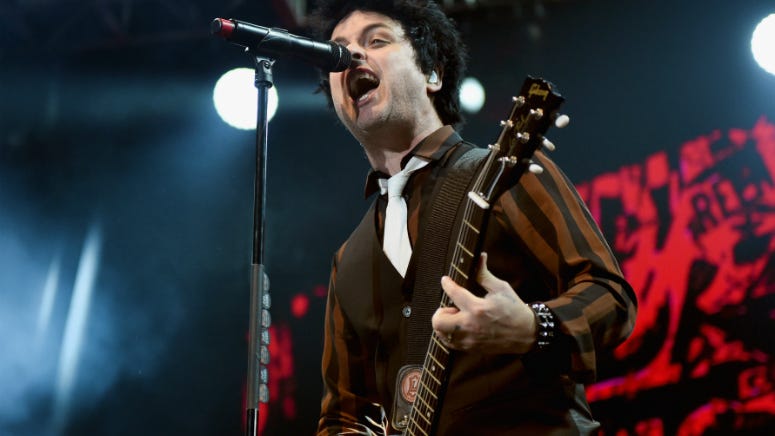 The Time Green Day Was Starstruck by The Beatles

Green Day can always be counted on to perform multiple songs from Dookie, their smash breakthrough album that soundtracked college parties from coast to coast in the mid-‘90s. Nimrod, American Idiot and the newer albums are also usually well-represented in concert.

So what song has Green Day performed live the most, at least during their mainstream years? Check out the countdown below.

From 1992's Kerplunk, it was re-recorded for their breakthrough album Dookie. Armstrong wrote the song about leaving home for the first time to live in a warehouse with an eclectic mix of people.

From 2000's Warning, it's about being your own person. "It's like you have to sift through the darkness to find your place and be that individual you want to be your entire life," Armstrong said.

From 1997's Nimrod, the ska punk fusion incorporates horns. "It would be funny for a bunch of macho fraternity guys to be singing along and, little do they know, the song's about being in drag," Armstrong said.

From 1997's Nimrod, it's Green Day goind unplugged. Another song that was something different from the band at the time ended up being one of their biggest crowd-pleasers.

From 1994's Dookie, it was used in the trailer for "Blast From the Past" starring Brendan Fraser. It was one of their most popular alternative songs of the '90s and remains a fan favorite today.

The song did not appear on any official studio releases, but the band loves to play it live. The original was by the California ska punk band Operation Ivy.

From 1997's Nimrod, it's about falling off the wagon. Armstrong is said to have written the song in the early days of the band,

From 1994's Dookie, it was Armstrong's crash course in feminism. "When it says 'Scream at me until my ears bleed,' I was kind of going, 'I’m here to listen,' he told Rolling Stone.

From 1994's Dookie, it reflects Armstrong's emotional instability at the time. "The only way I knew how to deal with it was to write a song about it," he said.

From 1994's Dookie, it's about all that can go wrong when a young kid gets bored. The lead single from their breakthrough album was a template for many alt rock songs that followed in the decade. The familiar bassline struts alongside a rolling drum beat until the chorus explodes with guitar and angst.