Green Day premiered a fun new music video with star power to go along with the release of their new album.

The clip for “Meet Me on the Roof” features Gaten Matarazzo of “Stranger Things” as an awkward student, of course. He hands out fliers promising “Green Day and stunts” on the roof of the school, making sure that his girl crush gets the message too.

Gaten’s character is rewarded when the girl joins dozens of other students at Green Day’s rooftop show, but he still has to pull off the stunt. After a false start, Billie Joe Armstrong provides the Harley he needs to successfully complete a motorcycle jump.

Matarazzo is in a band of his own called Work In Progress and told RADIO.COM he was hoping to start work on an EP.

“Meet Me on the Roof” is one of the ten tracks on Green Day’s just released 13th studio album, Father of All…. RADIO.COM described the concise 26-minute change-up as a band “trading in biting commentary and sonic attacks for the “Twist and Shout” pop approach of the early 60s,” with results that are still Green Day in its element. 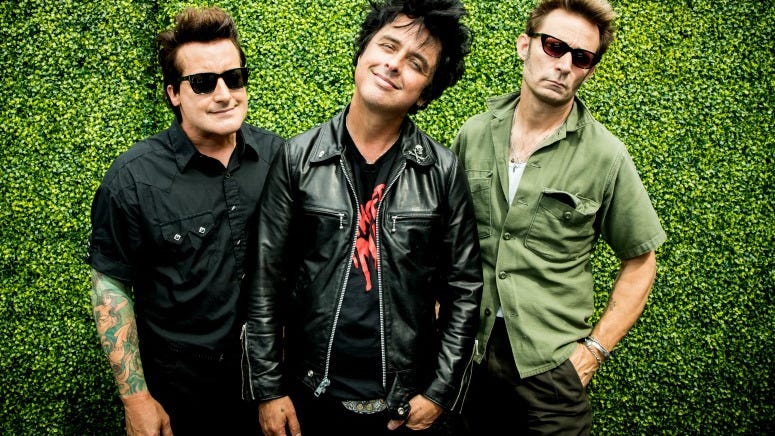 Green Day Trades Revolution for Retro on 'Father of All…'

Green Day is bringing its music to at least part of a new audience during the current NHL season. Billie Joe, Mike and Tré formed a unique partnership with the league to become its official band. Green Day performed at the NHL All Star Game in St. Louis and lent “Fire, Ready, Aim” to “Wednesday Night Hockey” on NBCSN. Their music is also featured on NHL game highlights, broadcast bumpers and ad campaigns.