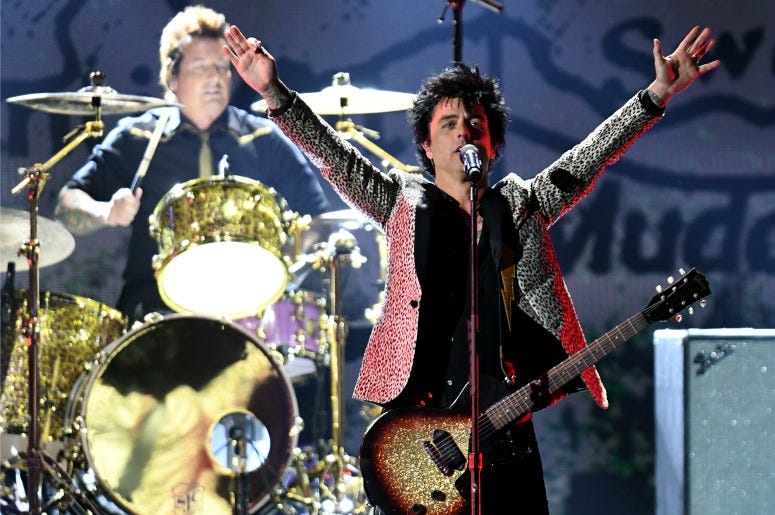 “Welcome to Paradise” Green Day fans. The band will cap off a year of celebrating their landmark album, Dookie, with a performance at the American Music Awards this Sunday November 24.

The trio will take the stage for a special tribute to the 1994 LP which launched the band into another stratosphere and won them a GRAMMY for Best Alternative Album. Dookie is not just the top-selling Green Day album ever, it also ranks as one of the best-selling albums of all time and is a beloved cultural touchstone in the history of music.

.@GreenDay's celebrating the 25th anniversary of their album, Dookie, at the #AMAs with a special performance LIVE this Sunday, November 24th at 8/7c on ABC. 🤘 pic.twitter.com/Mss6quxVag

Earlier this month, Green Day surprised fans with a performance of “Basket Case” at the MTV EMAs, honor the legacy of the iconic album.

As the band looks back one last time for 2019, they also gear up for a gigantic 2020. Their new album, Father Of All Motherf***ers, arrives on February 7, 2020. That’s just in time for them to work out new music before they hit the road with Weezer and Fall Out Boy for the HELLA MEGA Tour, kicking off in Seattle in July.

Green Day is also the official band of the NHL this season, which means we’ll be seeing a lot of them on and around the ice until someone captures the cup. Not bad for a Buzz Bin band that broke through 25 years ago.

Also performing at the American Music Awards is Post Malone, who will enlist Ozzy Osbourne and Travis Scott for the television debut of their song “Take What You Want.” The Jonas Brothers, Camila Cabello, Billie Eilish, Selena Gomez, Lizzo, Dua Lipa, Kesha, Taylor Swift, and more will join them for performances this Sunday November 24 on ABC.